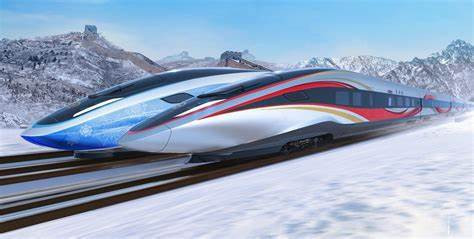 A new high-speed railway linking Hohhot, capital of northern China's Inner Mongolia autonomous region, and Zhangjiakou, the co-host city of the Beijing 2022 Winter Olympic and Paralympic Games, will become operational by the end of this year, it has been announced.

The Zhangjiakou-Hohhot high-speed rail will be connected to the Beijing-Zhangjiakou railway, also currently under construction.

It will be the first time Hohhot and Beijing are linked together by a high-speed rail service.

The travel time from Hohhot to Beijing, about 500 kilometres apart, will be reduced from an average nine hours to less than three.

Five venues for the 2022 Winter Olympics will be based in Zhangjiakou with the city hosting biathlon, cross-country skiing, Nordic combined, ski jumping, freestyle skiing and snowboarding.

They were being inspected today by members of the International Olympic Committee Coordination Commission, starting their fourth visit to China since they were awarded the Games in 2015.

The high-speed rail will travel from Hohhot to Zhangjiakou with a design speed of 250km per hour.

According to a plan released by the National Development and Reform Commission in July 2016, China will expand high-speed rail to 30,000km by 2020, linking 80 per cent of its major cities.

The Beijing-Zhangjiakou high-speed railway will also have the world's first automatically driven trains that run at speeds of up to 350km per hour.