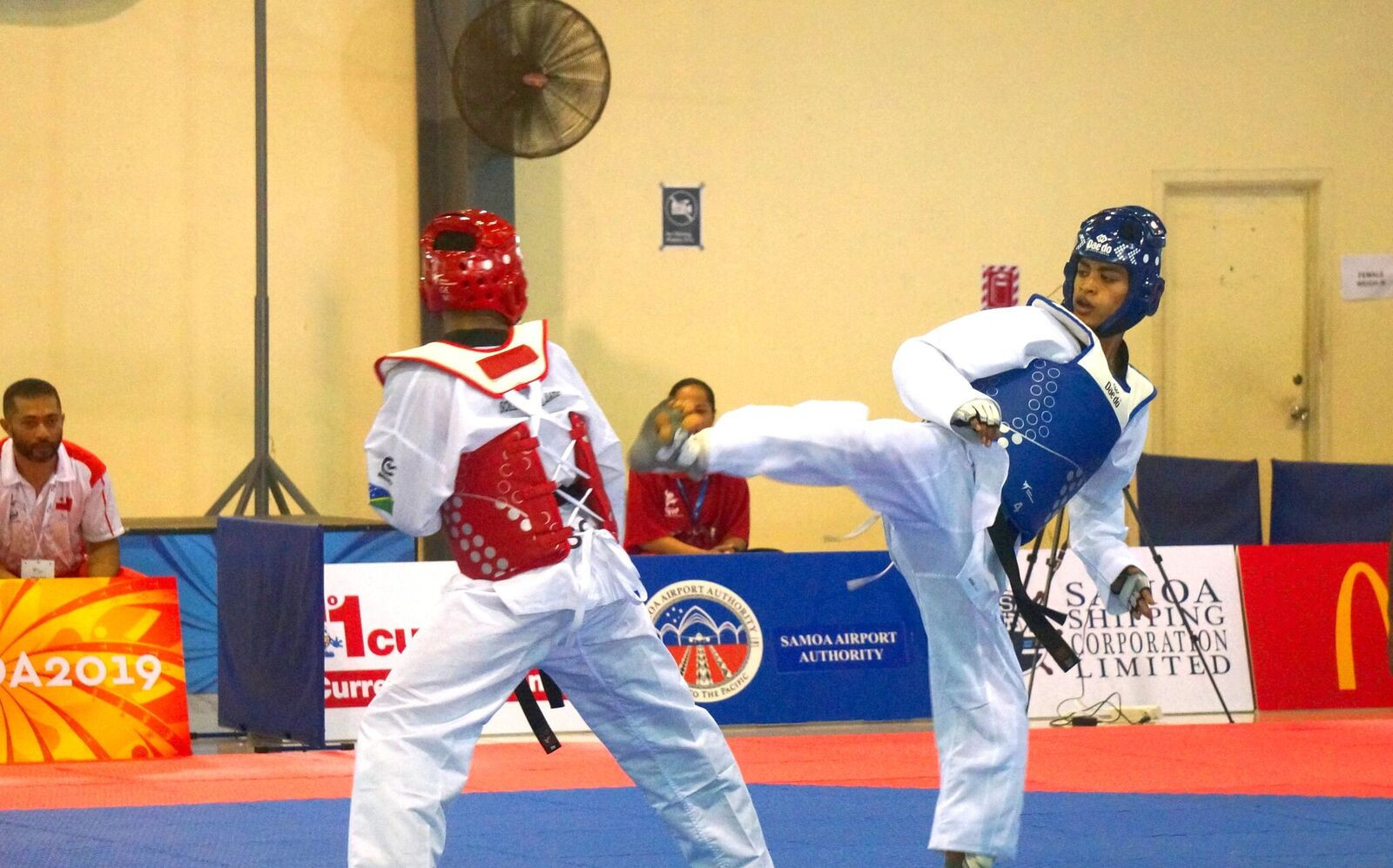 Australia won five of the six gold medals on offer on the first day of taekwondo competition at the 2019 Pacific Games in Samoa, as several fighters were given medals despite losing their only bout.

On a day where the six men's individual titles were on the line, Australian athletes won in all five weight categories in which they entered at the Harvest Centre, with Tonga emerging victorious in the other.

There were bizarre scenes in several events, where the practice of awarding four medals in each category – gold, silver and two bronzes – combined with small numbers of athletes entered into certain weights meant that several fighters received a medal despite having not won a bout.

In the 87 kilograms, there were just three entrants and all received a medal.

Tonga's Moala Takelo beat Josefa Otterberch of Fiji, then faced Fred Gwali of Solomon Islands who had been given a bye to the final.

Takelo won that too to take a deserved gold, with Gwali awarded silver and Otterberch bronze.

It was a similar situation in the 68kg, 80kg and +87kg events, where four of the five fighters in both events were rewarded for their efforts.

Bronze medals went to New Caledonia's Dorian Mejri and Fiji's Apisai Karuru, the latter despite losing his only fight against Kanimisu.

Afonczenko was one of five Australia gold medallists who won their categories with ease.

Jack Marton was leading the men's 80kg final against Max Watene of New Zealand when the referee stopped the contest, with Viliami Moala of Tonga and winless Sakiusa Tuva of Fiji taking bronze.

In the +87kg, Alan Salek was the one Australian made to work hard in his final, narrowly defeating Samoan hopeful Kaino Thomsen 25-22, while Tonga's Tekiteki Ngahe and Pranjit Kumar of Fiji were given bronze medals.

There were many more competitors in the 74kg category, but that did not stop Australia's Leon Sejranovic storming to the title, thrashing Alexander Allen of Guam 48-1 for a points victory.

Damon Cavey stormed to victory in the 63kg, roaring into a 39-4 lead against Steven Tommy of Papua New Guinea in the final before the referee stopped the contest.

Elsewhere in Samoa, New Caledonia tightened their grip on the top of the medal table with impressive displays in the shooting and squash.

In the shooting, Cedric Limousin and Johan Perchard won gold in the team event for the 25 metres standard pistol relay.

Silver went to Maeva Normand and Freddy Yen Kway of Tahiti, while bronze was won by Kevin Coulter and Douglas Creek of Norfolk Island.

Limousin also won the individual event with 504 points, finishing narrowly ahead of Yen Kway, who won gold during yesterday’s sport pistol event, on 502 and bronze medallist Perchard who scored 498.

In the men's, Enzo Corigliano was crowned champion as the former professional eased to a 11-3, 11-4, 11-2 win over Yann Lancrenon.

The bronze medal went to Nicholas Massenet after he defeated compatriot Gael Gosse 11-8, 11-2, 11-4.