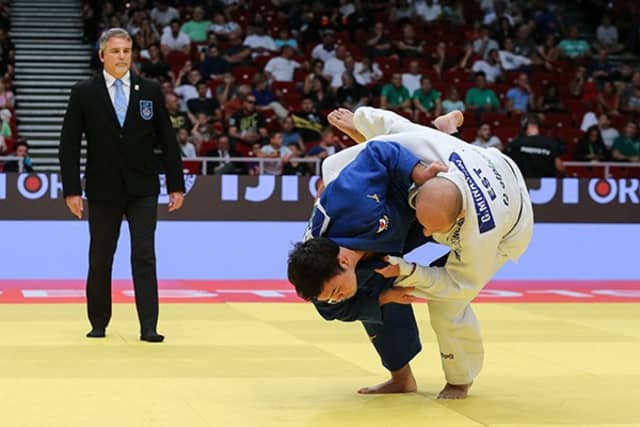 Japan laid down more markers for the impending home World Judo Championships as they won two golds and three silvers in the five final events at the International Judo Federation (IJF) Grand Prix in Budapest today.

With the IJF World Championships due to take place in Tokyo from August 25 to September 1, and the Tokyo 2020 Olympics looming beyond them, these are critical times for home judoka – and they are responding positively to the challenge.

In the women’s under-78kg class, former world junior champion Tomita Wakaba, now 22, earned her first senior IJF gold against Tunisia’s Nihel Cheikh Rouhou of Tunisia after the latter forfeited the contest after picking up three shidos – penalties – in the contest.

Bronze medals went to Idalys Ortiz of Cuba and Yan Wang of China.

Ruita Sato made a bold bid to win the women’s under-78kg but found Brazil’s double world champion and double Olympic bronze medallist Mayra Aguiar just too strong as the latter edged past in golden score after Sato was penalised for passivity.

Bronze medallists at this weight were Natalie Powell of Britain and Cuba’s Kaliema Antomarchi.

In the men’s under-90kg category, Shoichiro Mukai took silver in his final against Spain’s world number one Nikoloz Sherazadishvili as the latter won his second Grand Prix title on ippon.

The last contest of the night, the men’s over-100kg, saw another silver going to Japan as Kokoro Kageura was beaten by Israel’s Or Sasson eight seconds into golden score.