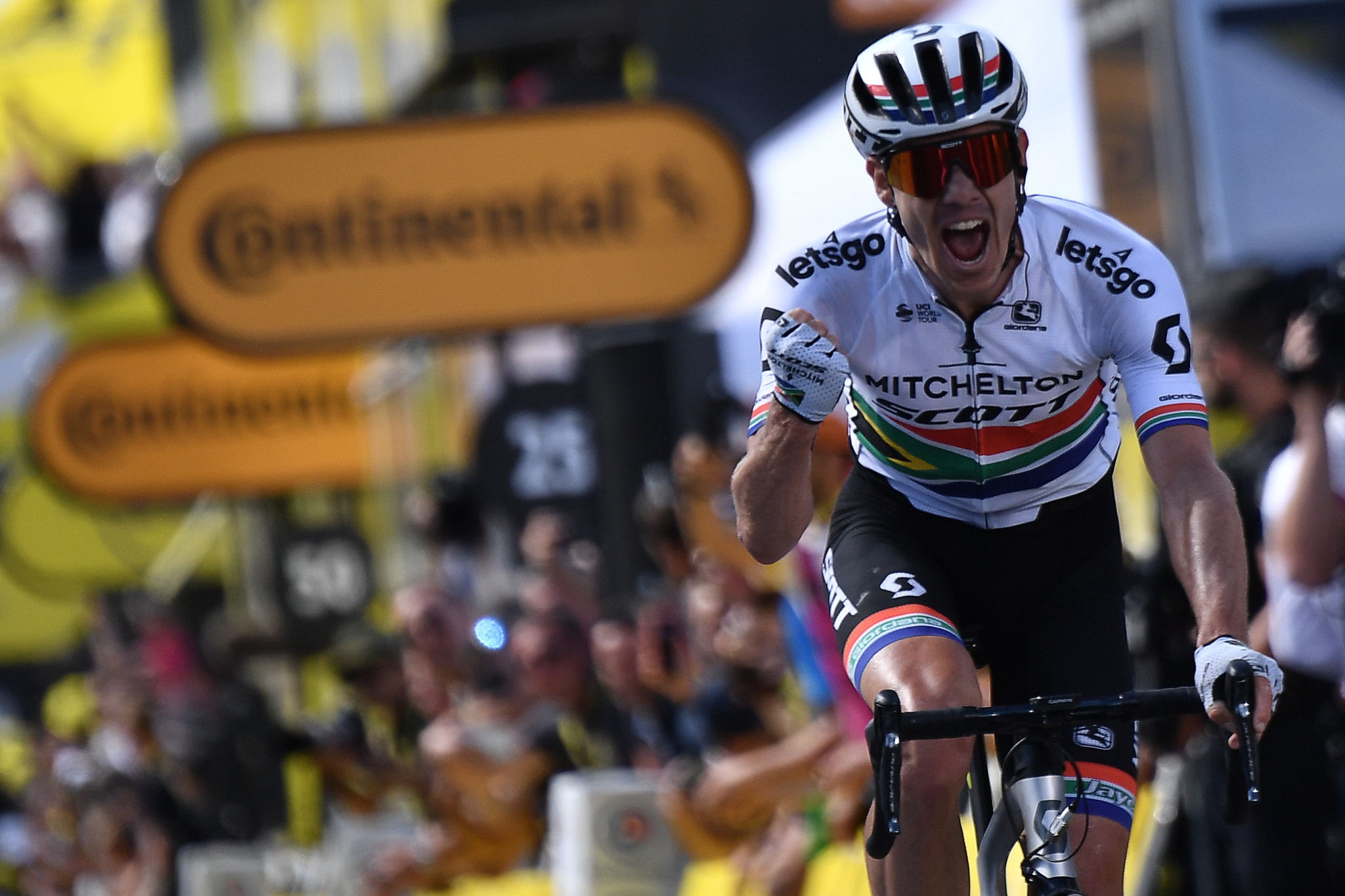 Daryl Impey, who became the first African leader of the Tour de France in 2013, today became the second South African stage winner after Robert Hunter in Montpellier in 2007 as he outsprinted his last breakaway companion, Belgium’s Tiesj Benoot.

Impey, riding for Mitchelton-Scott, finished the 170.5 kilometres ninth stage from Saint-Étienne to Brioude in 4hr 3min 12sec, with Benoot, a Lotto-Soudal rider, given the same time.

Bahrain-Merida’s Jan Tratnik was one of three riders 10 seconds back, the others being Belgium’s Oliver Naesen and Jasper Stuyven.

Home rider Julian Alaphilippe, of Deceuninck-QuickStep, maintained his lead in the general classification, having finished 35th as part of the main peleton, arriving 16min 25sec behind the winner.

The Frenchman how has an overall time of 38hr 37min 36sec and an advantage of 0.23sec over Italy’s Giulio Ciccone, and of 0.53sec over compatriot Thibaut Pinot of Groupama-FDJ.

Tomorrow’s stage 10 will follow a 217.5km route from Saint-Flour to Albi, after which there will be a rest day.