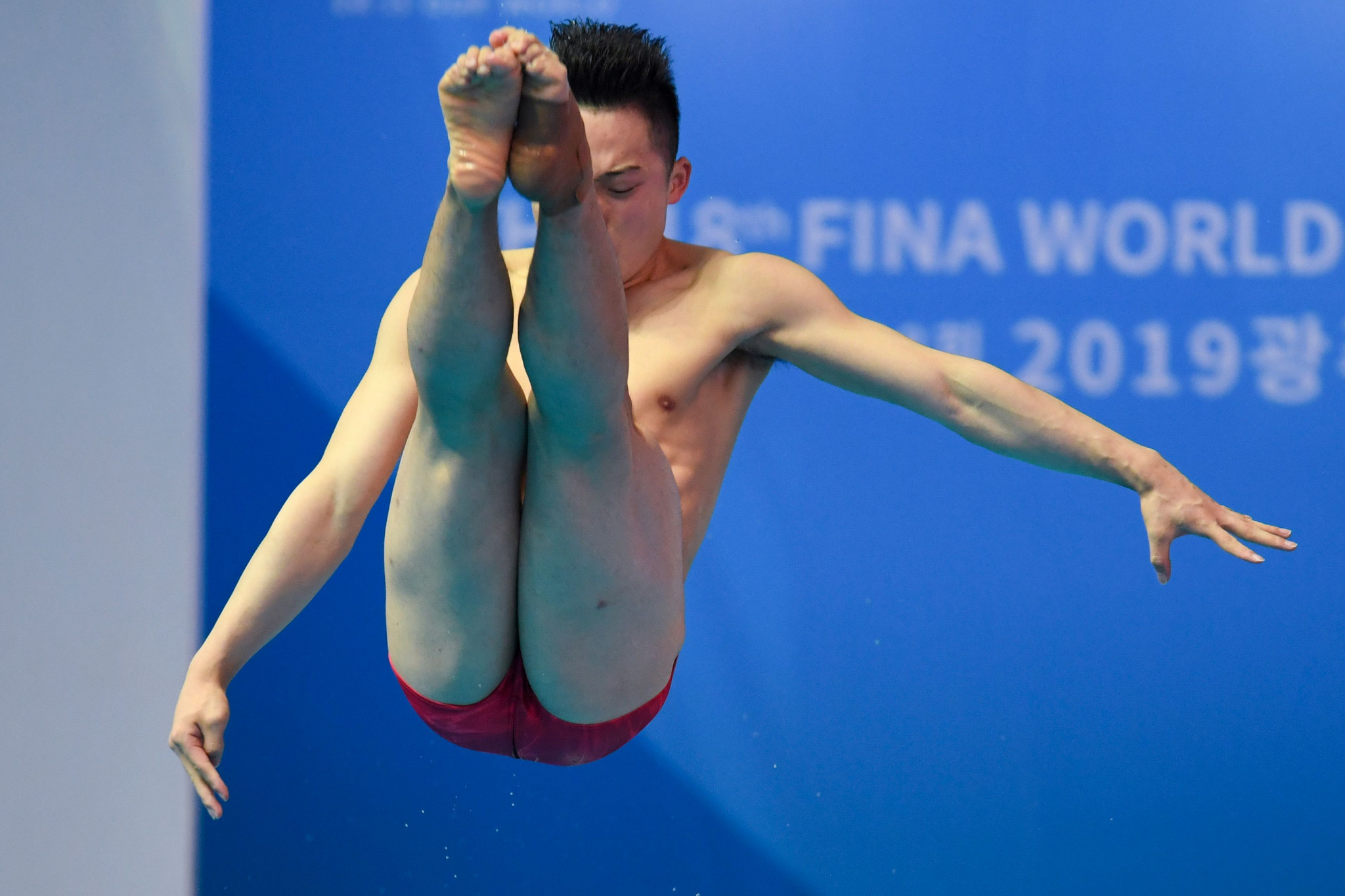 The diving powerhouse won all three titles available in the sport on the first day of finals yesterday and swept up both on offer today at the South Korean city's Nambu University Municipal Aquatics Center.

Seventeen-year-old Wang Zongyuan took top honours in the men's one metre springboard as he came from behind to win with a score of 440.25.

The teenager, making his debut at the World Championships, was languishing down in seventh place after three dives but turned things around in some style.

His fourth dive moved him up to second with his last two trips to the board simply superb.

"I was in a fog and got lost in the first half of the competition," said Wang, who had led through the heats, to Xinhua.

"Then I started to realise I should calm down and find out my normal form.

"My coach also encouraged me to be focused on the technical details.

"I was happy with the gold medal at the end.

"I hope I could compete at the Olympic Games some day."

China's defending world champion Peng Jianfeng had to make do with bronze on 415.00.

In the women's synchronised 10m platform final, Zhang Jiaqi and Lu Wei won gold for China with a combined age of only 28.

Fifteen-year-old Zhang and 13-year-old Wei led through qualifying and were too good for the rest of the field, scoring 345.24 points.

Leong Mun Yee and Pandelela Rinong of Malaysia were back on 312.72 in silver medal position as Americans Samantha Bromberg and Katrina Young ended on 304.86 for bronze.

In open water, Xin Xin became the first Chinese gold medallist in the discipline at the World Championships as she won the women's 10 kilometre race.

Olympic silver medallist Rachele Bruni of Italy won bronze in 1:54:49.9 as back-to-back defending champion Aurelie Muller of France faded to 11th after leading for much of the race.

Russia won the only other gold medal available on day three as artistic swimmers Svetlana Kolesnichenko and Svetlana Romashina won the duet technical routine title at the Yeomju Gymnasium.

They scored 95.9010 as Kolesnichenko, a team Olympic champion at Rio 2016, added to her solo technical routine title from Gwangju and won a 15th world title in all.

China's Huang Xuechen and Sun Wenyan won silver on 94.0072 as bronze went to Ukraine's Marta Fiedina and Anastasiya Savchuk on 92.5847.

Today also saw the start of the women's water polo competition with defending champions United States enjoying a huge victory in Group A.

European champions The Netherlands beat South Africa 33-0 in the group's other game.

In Group B, Hungary demolished South Korea 64-0 with the home side hopelessly out of their depth.

Russia beat Canada 18-10 in the other match in the group.

The top side in each group will qualify for the quarter-finals, with those placed second and third playing-off for the right to join them.

The mixed duet techincal routine and highlight routine finals will be held at the artistic swimming while the men's water polo tournament will begin.

The Championships, the flagship event of the International Swimming Federation, will run until July 28.