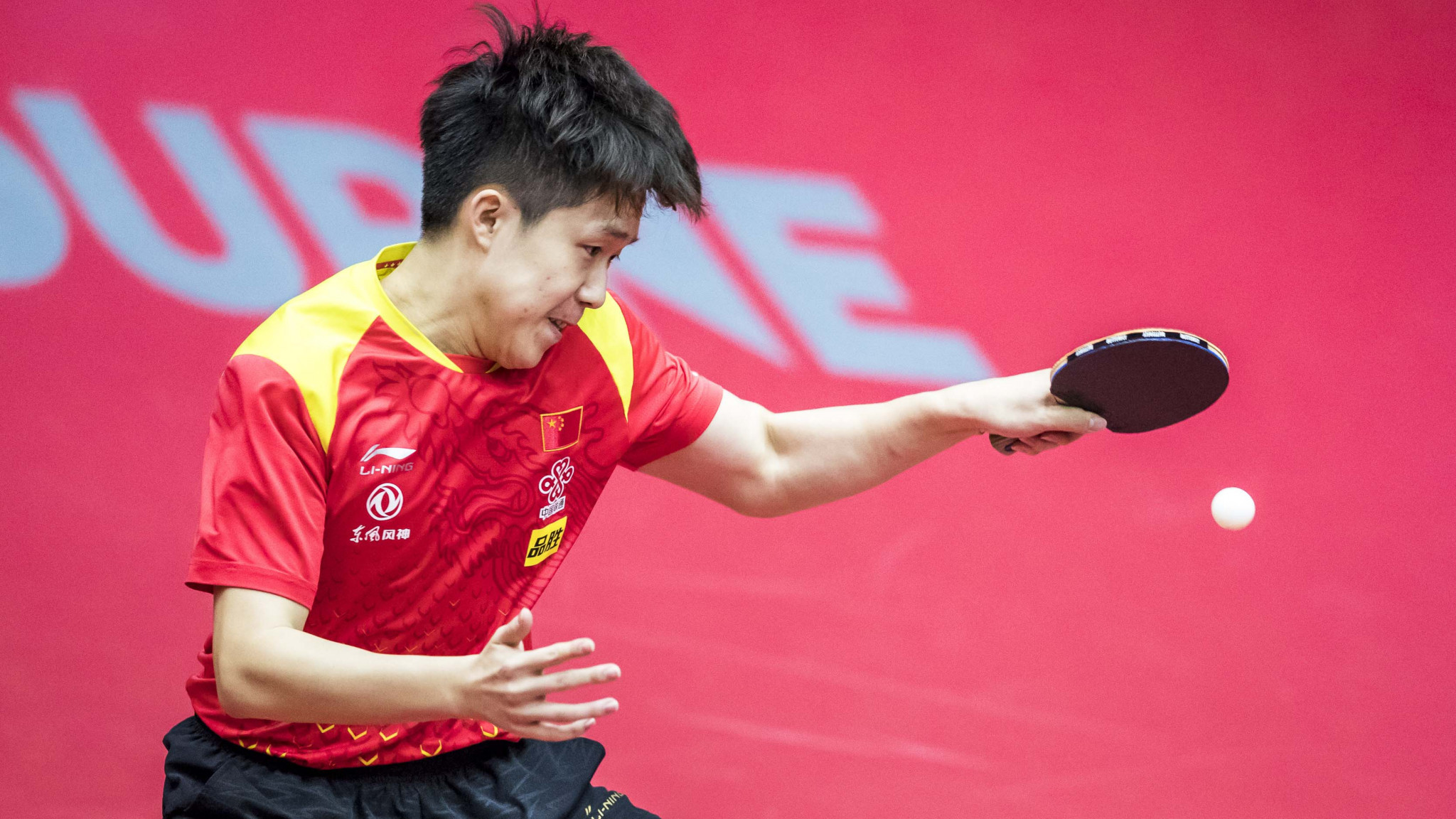 Ding, seeded three, reached the finals of the women's event with victory over Japan's Mima Ito in this ITTF World Tour Platinum event at Geelong Arena.

In the final tomorrow she is set to meet team-mate Sun Yingsha, who had started the tournament by having to qualify.

The men played their quarter-finals today.

On paper, Ma at number five was ranked lower in this tournament than team-mate Lin Gaoyuan, seeded two.

Aiming to stop the Chinese juggernaut will be Germany's Patrick Franziska, the number 15 seed who had knocked-out the top-ranked Fan Zhendong yesterday.

There was disappointment for Long in the men's doubles as he partnered the man he had beaten in the singles - Lin - to take on South Korea's Jeoung Youngsik and Lee Sangu in the final.

Ma and Lin were making their debut as a partnership, while Jeoung and Lee were ranked number one in this tournament.

It was their sixth ITTF World Tour title in 12 final appearances.

The women's doubles final pitted the top two seeds against each other.

China's Chen Meng and Wang Manyu justified their top ranking with a 11-6, 11-3, 8-11, 11-6 over South Korea's second-seeded Jeon Jihee and Yang Haeun for their second consecutive victory following success in Busan.

This was the 18th occasion Jeon and Yang had appeared in the final of an ITTF World Tour final and their 11th defeat.

Hong Kong's Wong Chun Ting and Do Hoi Kem, the number two seeds, also repeated their victory in the mixed doubles from last week in Busan.