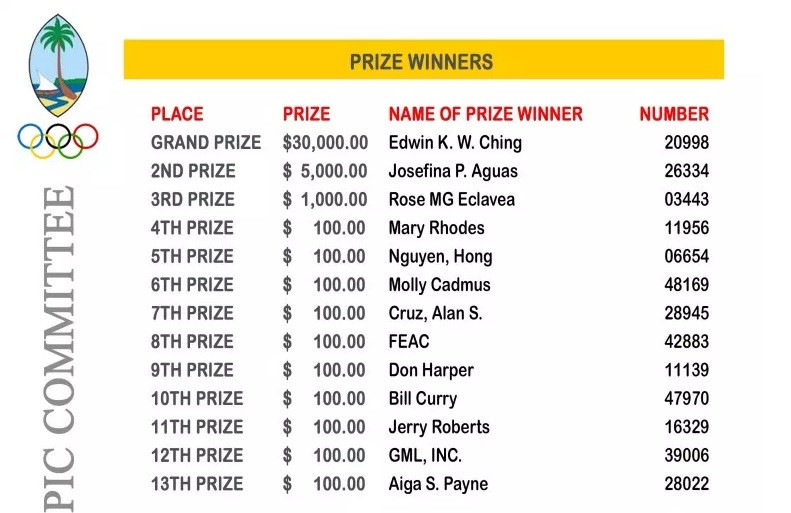 The Guam National Olympic Committee (GNOC) has held a fundraising raffle to support the country's athletes at major events.

The money generated from the raffle, which had a top prize of $30,000 (£24,000/€27,000), will be put towards Guam's participation at events including this year's Association of National Olympic Committees World Beach Games in Qatar.

Guam's team, which is competing at the Pacific Games in Samoa, are the first beneficiaries of the funds.

"The GNOC, our national federations and our athletes take this opportunity to express our sincere appreciation to everyone who supported our endeavours," the organisation said.

Guam has sent a team of around 150 athletes to the 2019 Pacific Games.

The United States territory, located in Micronesia in the Western Pacific, bid for the 2019 Games but lost out to Samoa.

It is not yet clear how many competitors Guam has qualified for the ANOC World Beach Games, stripped from San Diego and relocated to Doha after Californian organisers proved unable to raise the necessary money to fund the event.