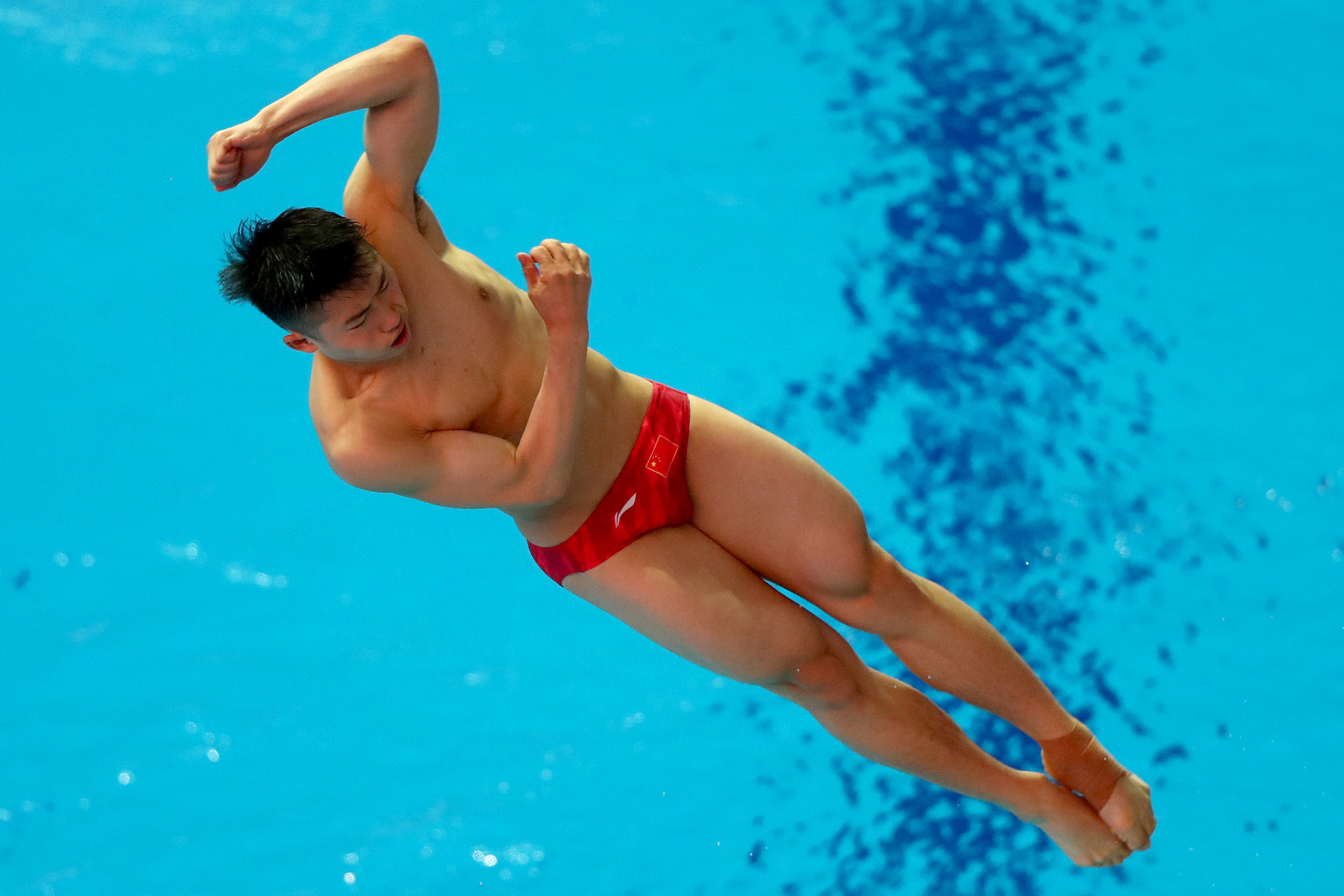 Chinese divers were in excellent form as the men’s and women’s one metre springboard preliminaries took place on the opening day of the World Aquatics Championships in Gwangju in South Korea.

Home favourite Woo Ha-ram was the third best qualifier for the final, due to take place on Sunday (July 14), with 396.10 points

In the women's 1m springboard preliminaries, China’s Chen Yiwen came out on top with 287.95 points.

The final is scheduled for tomorrow.

Kolesnichenko, the reigning champion in both events, teamed up with Svetlana Romashina to finish first in the duet technical preliminaries with 95.9501 points.

The finals for the solo technical and duet technical events are set for tomorrow and Sunday, respectively.

Today's action was followed by the Opening Ceremony.

He was stood alongside International Swimming Federation (FINA) head Julio Maglione, who wished participants "the best luck" and thanked the 194 national federations – a record in the history of the World Championships – for sending their best representatives to the "dynamic city".

"The great venues here in Gwangju will be the privileged scenario for thrilling results, and will show to the world the popularity and universality of our aquatic sports," Maglione said.

"The set-up is ready for our aquatic athletes to compete in the spirit of FINA – excellence, friendship, respect and fair play.

"Gwangju will be an excellent host of FINA’s greatest aquatic festival.

"Thousands of people on site and millions of TV viewers and digital users around the world will witness an outstanding competition."

The highlight of the Opening Ceremony was the parade of the participating countries.

South Korea's anthem was interpreted by a children's choir, while both the national and FINA's flag were brought on stage by some of the country's former sport stars.

A performance by K-pop music band Momoland brought proceedings to a close.

Over 16 days, until July 28, around 2,500 athletes will compete in six aquatic disciplines and fight for medals in 76 events.