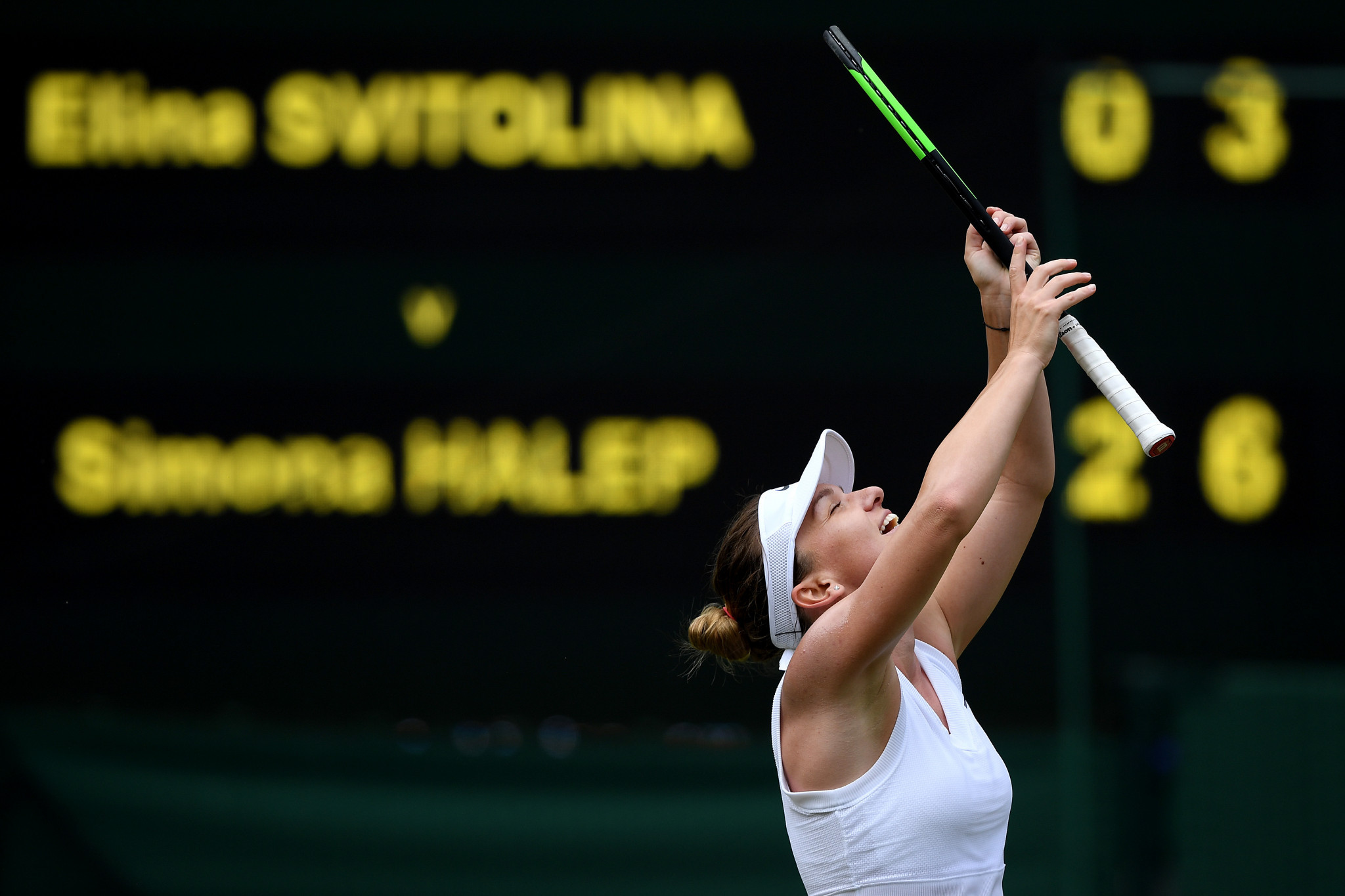 The seventh seed triumphed 6-1, 6-3 over her eighth-seeded opponent in an hour and 13 minutes on Centre Court at the All England Club.

"It is one of the best moments of my life," Halep, whose previous-best effort at Wimbledon was reaching the semi-finals in 2014, told the BBC.

"I'm just trying to enjoy it as much as possible.

"It was not as easy as the score shows.

"[Svitolina] is an amazing player and it's always tough to play against her."

Leading 1-0 from the first set, Halep held her first three service games to love in the second prior to going a break up at 4-3.

Another break wrapped up the contest as she took her second match point after Svitolina fired a backhand into the net.

The second semi-final was over even more quickly, with Williams rampant in her 6-1, 6-2 win over Grand Slam semi-final debutant Strýcová.

The American sealed victory after just 59 minutes to reach her 11th Wimbledon final.

She is now just one win away from claiming a record-equalling 24th Grand Slam singles title.

Australia's Margaret Court holds the record, with her titles coming between 1960 and 1973.

"It feels good to be back in the final," Williams, runner-up to Germany' Angelique Kerber last year, told the BBC.

The final is due to take place on Saturday (July 13).