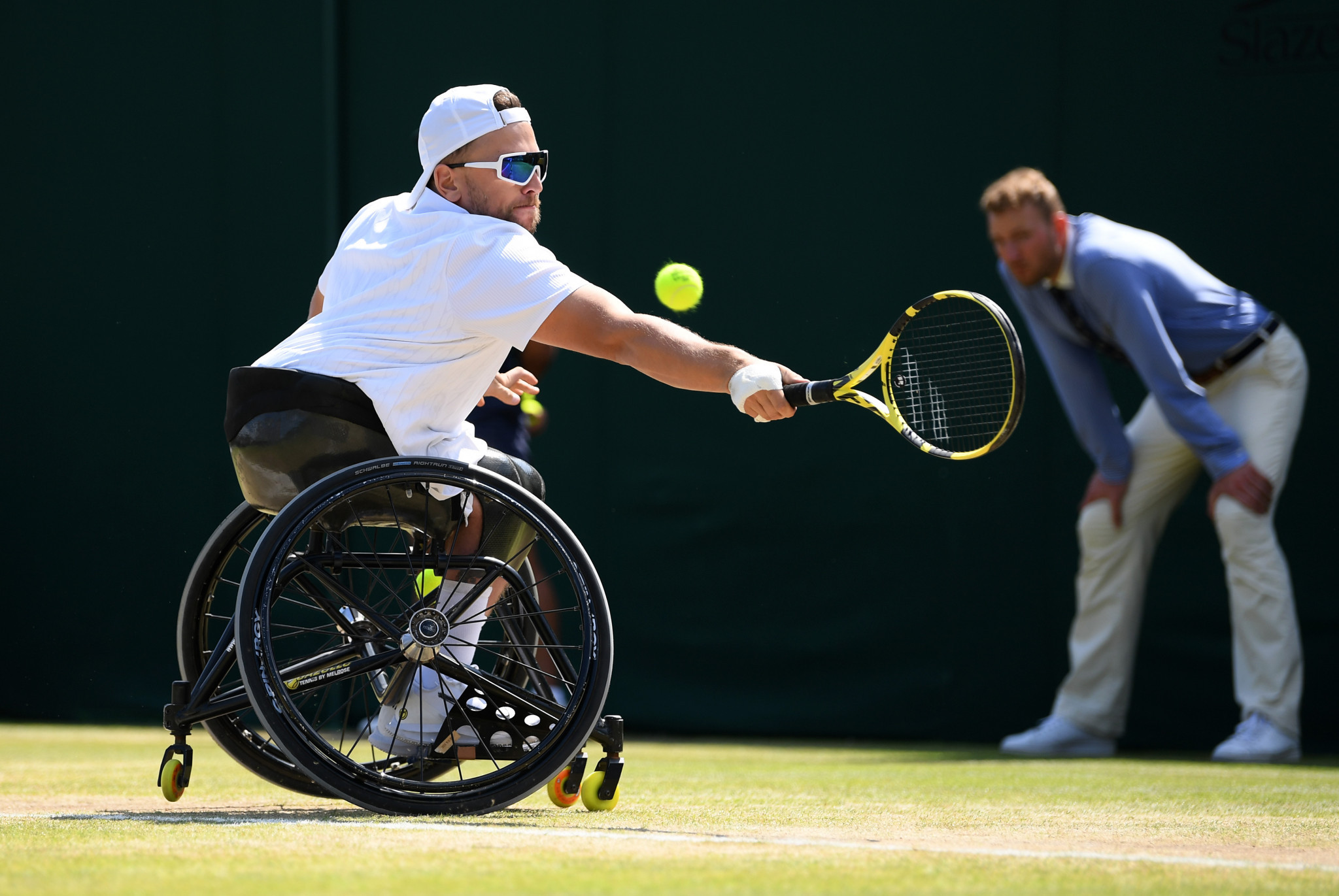 Doubles partners Dylan Alcott and Andy Lapthorne progressed to the singles final as quad wheelchair tennis made its competitive debut at Wimbledon today.

Australian Alcott, an eight-times Grand Slam singles champion, beat Japan’s Koji Sugeno 6-3, 6-4 in the semi-finals at the All England Club.

In the other last-four encounter, 2014 US Open champion Lapthorne of Britain defeated the United States' David Wagner 7-5, 6-4.

The final is scheduled to take place on Saturday (July 13).

He, Wagner and Lapthorne were all out on court for last year’s quad doubles exhibition at Wimbledon.

The men’s and women’s singles quarter-finals were also held today.

World number one Shingo Kunieda of Japan is through to the last four of the men’s singles after overcoming Britain’s Gordon Reid 6-1, 6-1.

Andy will face No.1 seed Alcott in a bid to become Champion.#BackTheBrits 🇬🇧 #wheelchairtennis pic.twitter.com/qg4ccOceG2

Also through to the semi-finals is second seed Gustavo Fernández of Argentina after he defeated Britain's Alfie Hewett 6-1, 6-3.

Awaiting her in the semi-finals is South Africa's Kgothatso Montjane after she overcame Germany's Sabine Ellerbrock 6-7, 6-1, 6-2.

Wheelchair tennis action at Wimbledon is due to continue tomorrow.