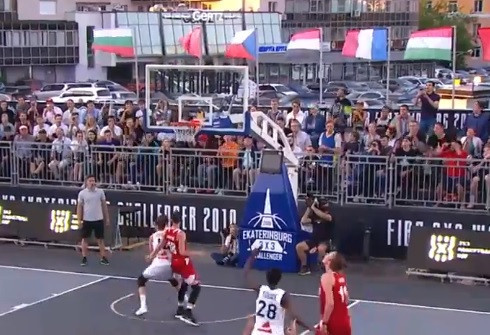 Migna Touré scored the match-winning point in the additional period to hand France a 15-14 triumph.

The success for the French team saw them bounce back from their semi-final loss in Poitiers last weekend.

It also marked their second victory of the inaugural series after they topped the podium in Turin last month.

🇫🇷 @Lokossoo with the clutch finish for France in overtime to win in Ekaterinburg! 💪🎉#3x3WS pic.twitter.com/V1IDeTOLwW

Caroline Heriaud chipped in with two as France returned to winning ways in dramatic fashion.

Anastasia Logunova matched Touré's individual haul but it was in vain as her team were forced to settle for second place.

France progressed to the final with an impressive 15-11 win over the United States, while Russia defeated Hungary 13-7.

The Women's Series is due to resume with the fifth leg of the circuit in Lignano in Italy on Saturday and Sunday (July 13 and 14).