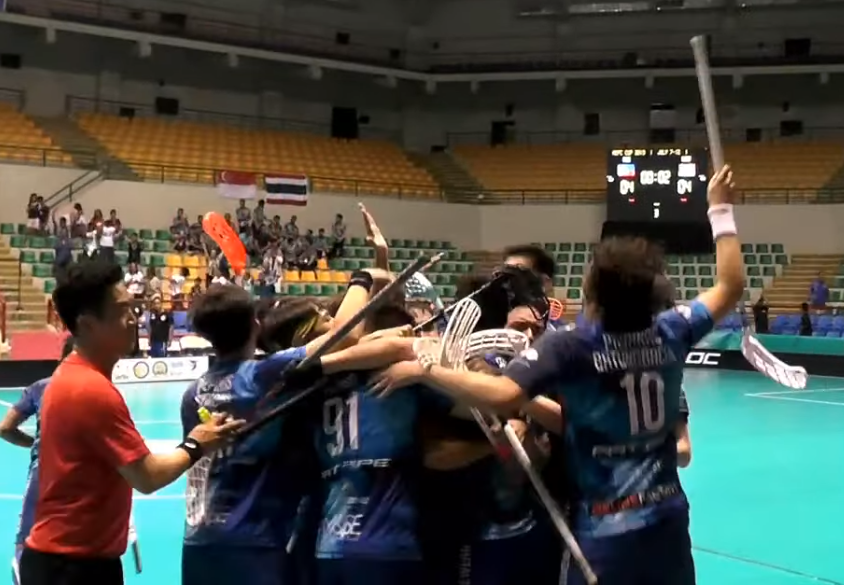 Hosts Philippines scored a dramatic winning goal with just two seconds left on the clock to beat Malaysia 5-4 and reach the semi-finals of the Men's Asia Oceania Floorball Confederation Cup in Biñan.

Tournament top-scorer Ryan Hallden registered his seventh goal of the event with the last touch of the ball to spark wild scenes of celebration at Alonte Sports Arena.

The quarter-final had been a see-saw affair with Patrik Schoultze giving the hosts a seventh-minute lead on the power-play.

Ter Min Chiam equalised with 16 minutes on the clock but Philippines led again before the end of the first quarter thanks to Jan Vitaliano.

Iman Nazirul Fitri Wagiman brought Malaysia level again shortly before the half-hour mark but the hosts then scored twice in the 39th minute – first through Christian Schoultze and then through Alexander Warendh – to take control.

The third quarter was hugely dramatic with Chiam's second and a strike by Tristan James Desmond Dass putting Malaysia on terms before Hallden's late heroics.

The result means world number 35 side Philippines have put out a team ranked 10 places higher than them.

It follows a strategy by the host nation to recruit players with links to Sweden, where the sport originated.

Both quarter-finals today were between sides who finished second and third in the group phase.

Philippines were second in Group B with Malaysia third in Group A.

In the other last eight clash, South Korea defeated Japan 6-2.

The Koreans, second in Group A, were 2-0 up with less than four minutes played thanks to Yong Tae Kim and Seung Hoon Baek.

Sota Tsunoda's ninth-minute goal gave Japan, who came third in Group B, hope but Bin Woo and a second from Seung put South Korea 4-1 in front by the end of the first period.

Ryoya Kurosawa scored the only goal of the second period for Japan, but Eu Sung Lee and Kyoung Hoon Seo then struck for the Koreans in the final stanza.

In tomorrow's semi-finals Philippines will play Group A winners Thailand, the best-ranked side in the tournament at 14th in the world.

South Korea will meet Group B winners Singapore, with both table-toppers given an automatic place in the last four.

The final will be played on Friday (July 12).