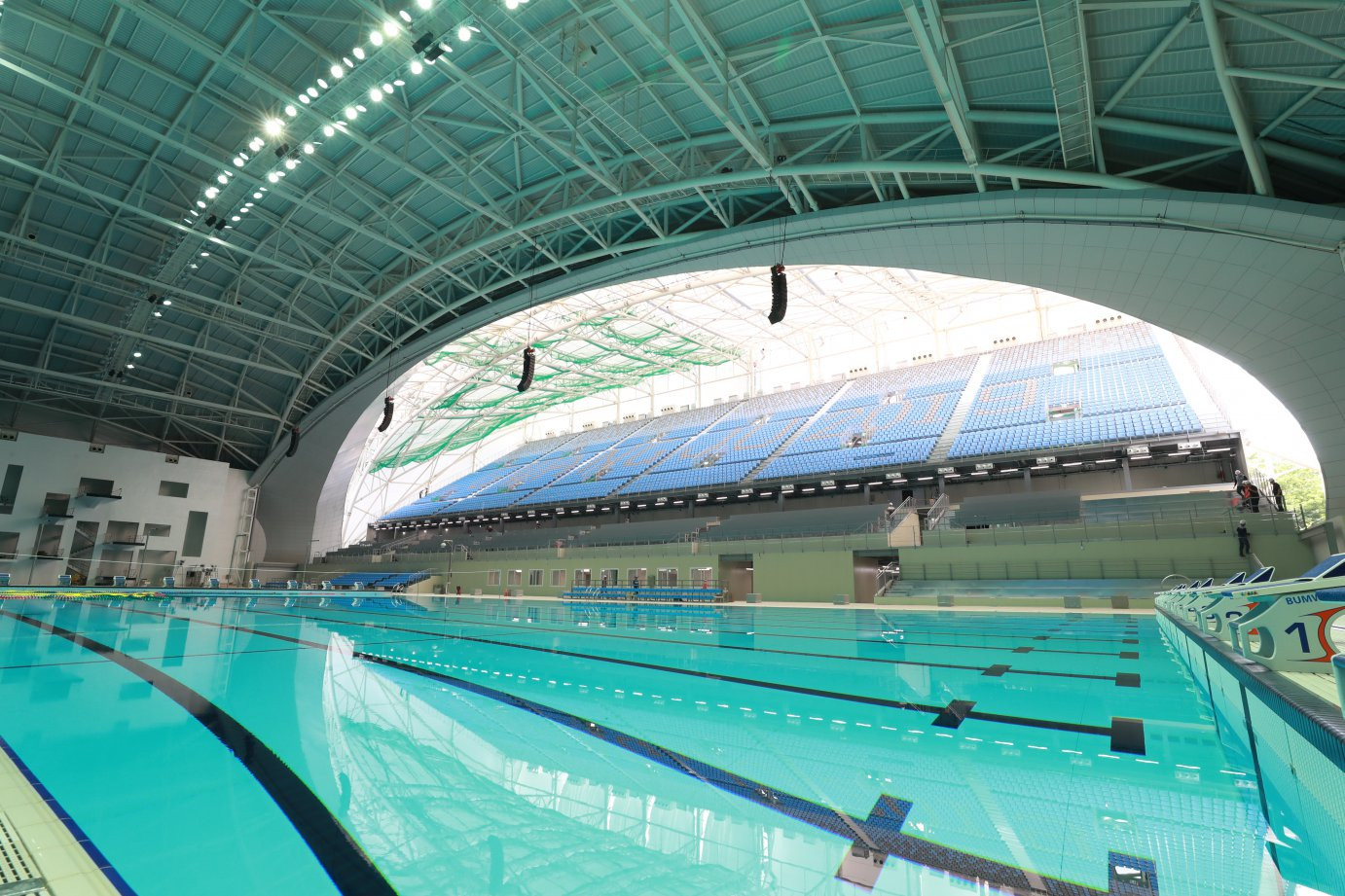 Gwangju Mayor Lee Yong-sup has claimed that everything has been done to guarantee the best possible experience at the 2019 International Swimming Federation (FINA) World Championships in the South Korean city.

Lee, actively involved in the organisation of the event, made the claim when welcoming the FINA Bureau, which met today ahead of the World Championships.

He wished the FINA family a "pleasant stay" in South Korea and underlined the organisers' wish to provide "one of the best editions of the Championships in FINA’s history".

The slogan for the 2019 FINA World Championships is "Dive into Peace", reflecting Gwangju’s hope for promoting peace on the Korean Peninsula and the participation of North Korea.

As reported by Korean news agency Yonhap, Lee made a last-ditch plea for North Korea's participation.

He called on North Korean leader Kim Jong-un to "make a historic decision" to allow his athletes to cross the border.

Though the official registration at FINA was closed last Wednesday (July 3), the world governing body agreed that a North Korean squad can apply for participation just before the official opening on Friday (July 12).

"It's quite regrettable that we haven't heard anything from them."

The FINA Bureau meeting opened by observing a minute of silence in memory of FINA vice-president Dennis Miller, who passed away on June 1.

Highlights of the discussions included acknowledgement of the elections held by the Oceania Swimming Association, proposing Australia's Matthew Dunn as vice-president from the continent and Cook Islands' Romani Katoa as a new FINA Bureau member.

These nominations need to be approved by the FINA General Congress, scheduled for July 19.

There was also the presentation and approval of the FINA Audit Committee recommendation concerning the compliance of the body's financial statements for 2018, prior to further validation by the General Congress.

Another highlight was the implementation of a FINA Electoral Commission, which will oversee and take final decisions on the procedures for the election of Presidents, vice-presidents and Bureau members, in full compliance with FINA's Constitution and regulations.

The FINA Bureau will nominate the independent members of the Electoral Commission;

A number of FINA events for 2020 were also awarded, including the World Junior Artistic Swimming Championships to Quebec City, the World Junior Diving Championships to Kiev, the Marathon Swimming Olympic Games Qualifier to Fukuoka in Japan, and the Men’s and Women's Water Polo Qualification Tournaments to Rotterdam and a yet-to-be-confirmed Italian city respectively.

Additionally, a detailed report on the 2021 FINA World Championships in Fukuoka was presented and included items such as venues, accommodation, transportation, mascots and Organising Committee structure.

The 2019 FINA World Championships are due to run through to July 28, with 2,563 athletes - plus two additional competitors in the refugee team - from a record 194 nations set to compete across the six aquatic disciplines.