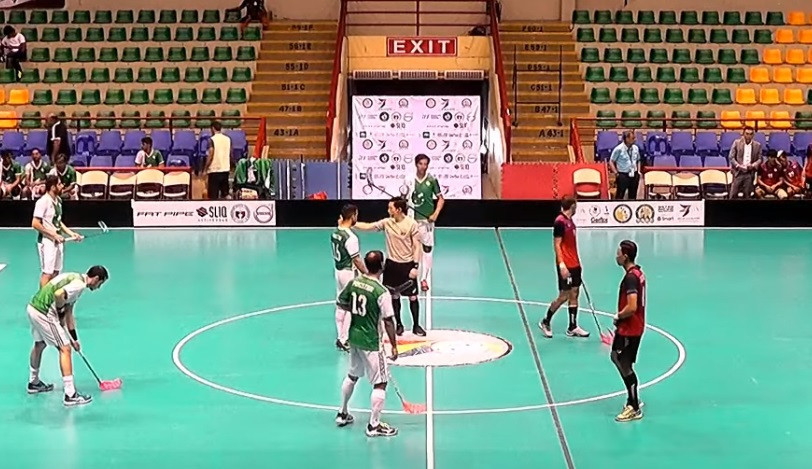 Thailand and Singapore won their groups at the Men's Asia Oceania Floorball Confederation Cup in Biñan to qualify automatically for the semi-finals.

The Thais, the highest-ranked side in the competition at number 14 in the world, leapfrogged South Korea after the final round of pool matches to top Group A.

They defeated winless Pakistan 9-2 at the the Alonte Sports Arena with the Koreans going down 5-3 to Malaysia.

South Korea had beaten Thailand 7-6 in the first game of the tournament but had to settle for second place with Malaysia third.

Both of these countries will now face quarter-finals for the right to reach the last four, while Pakistan have been eliminated.

In Group B, Singapore claimed their third huge win of the event.

The world number 16 side thrashed India 16-2 to follow up their 17-2 win over hosts The Philippines and 10-1 success against Japan.

Philippines recorded a second victory by beating Japan 5-3 to finish second in the group in front of their opponents.

They will now face Malaysia in the quarter-finals with South Korea meeting Japan.

India and Pakistan have entered the fifth-to-eighth place play-offs and will be joined by the quarter-final losers.

Both quarter-finals are tomorrow.