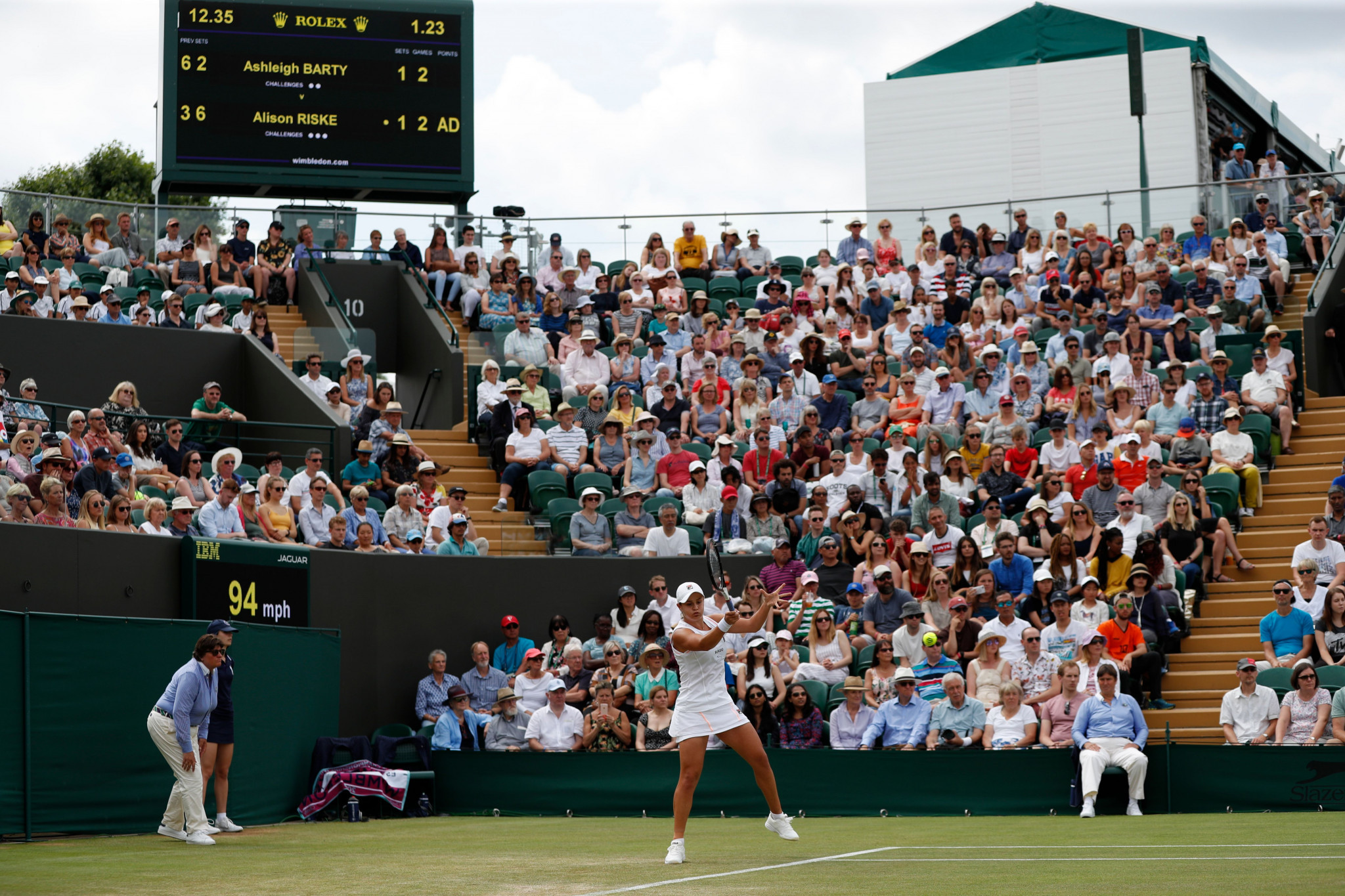 American Alison Riske caused one of the biggest upsets of Wimbledon so far as she fought back to beat world number one Ashleigh Barty of Australia to reach the quarter-finals.

The world number 55 was outclassed by the French Open champion in the first set but recovered to clinch an impressive 3-6, 6-2, 6-3 victory.

"I couldn't begin to say what it means to me," said Riske.

"To have overcome the matches the way I have is what I'm most excited about."

"Getting to the quarter-finals is amazing but what's most exciting for me is the way I've been fighting."

Fifteen-year-old Coco Gauff's fairytale run came to an end as former world number one Simona Halep ensured she did not suffer the same fate as some of her seeded counterparts.

The Romanian won 6-3, 6-3 against the subdued American youngster to set up a meeting with China's Zhang Shuai.

Third seed Karolína Plíšková crashed out on "Manic Monday" as she was beaten 4-6, 7-5, 13-11 by fellow Czech Karolína Muchová in a marathon contest.

Muchová will take on eighth seed Elina Svitolina of Ukraine, who overcame Croatia's Petra Martić 6-4, 6-2, for a place in the last four.

Britain's Johanna Konta is also through after she edged out two-times champion Petra Kvitová of the Czech Republic 4-6, 6-2, 6-4.

While the women's seeds endured difficult outings on a packed day of action, the top seeds in the men's tournament enjoyed serene progress.

Defending champion Novak Djokovic cruised into the quarter-finals with a 6-3, 6-2, 6-3 win over world number 66 Ugo Humbert of France.

Roger Federer, the second seed who is seeking a ninth Wimbledon crown, was equally dominant in his 6-1, 6-2, 6-2 thrashing of Italy's Matteo Berrettini.