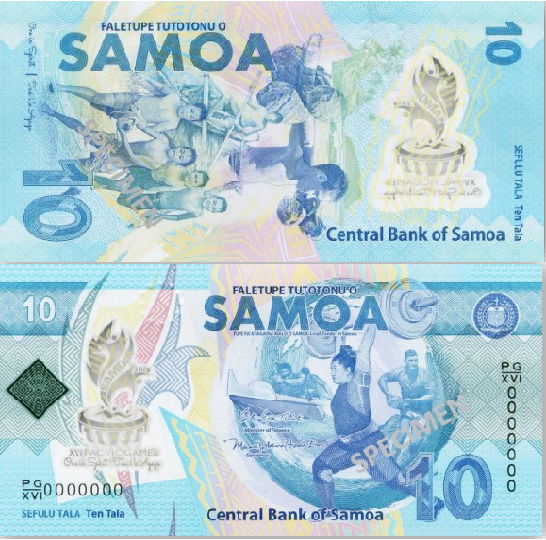 The note, released by the Central Bank of Samoa, features a number of athletes in a variety of sports, including athletics, weightlifting and rugby.

The 2019 Pacific Games slogan "One in Spirit/Tasi i le Agaga" is also written on both sides of the note.

The Games logo is also depicted in a see-through window on the polymer note.

The note, which went into circulation at the end of June, was commissioned before the start of the Games, which opened today and will run until July 20.

The Opening Ceremony took place this evening at Apia Park in the capital city.