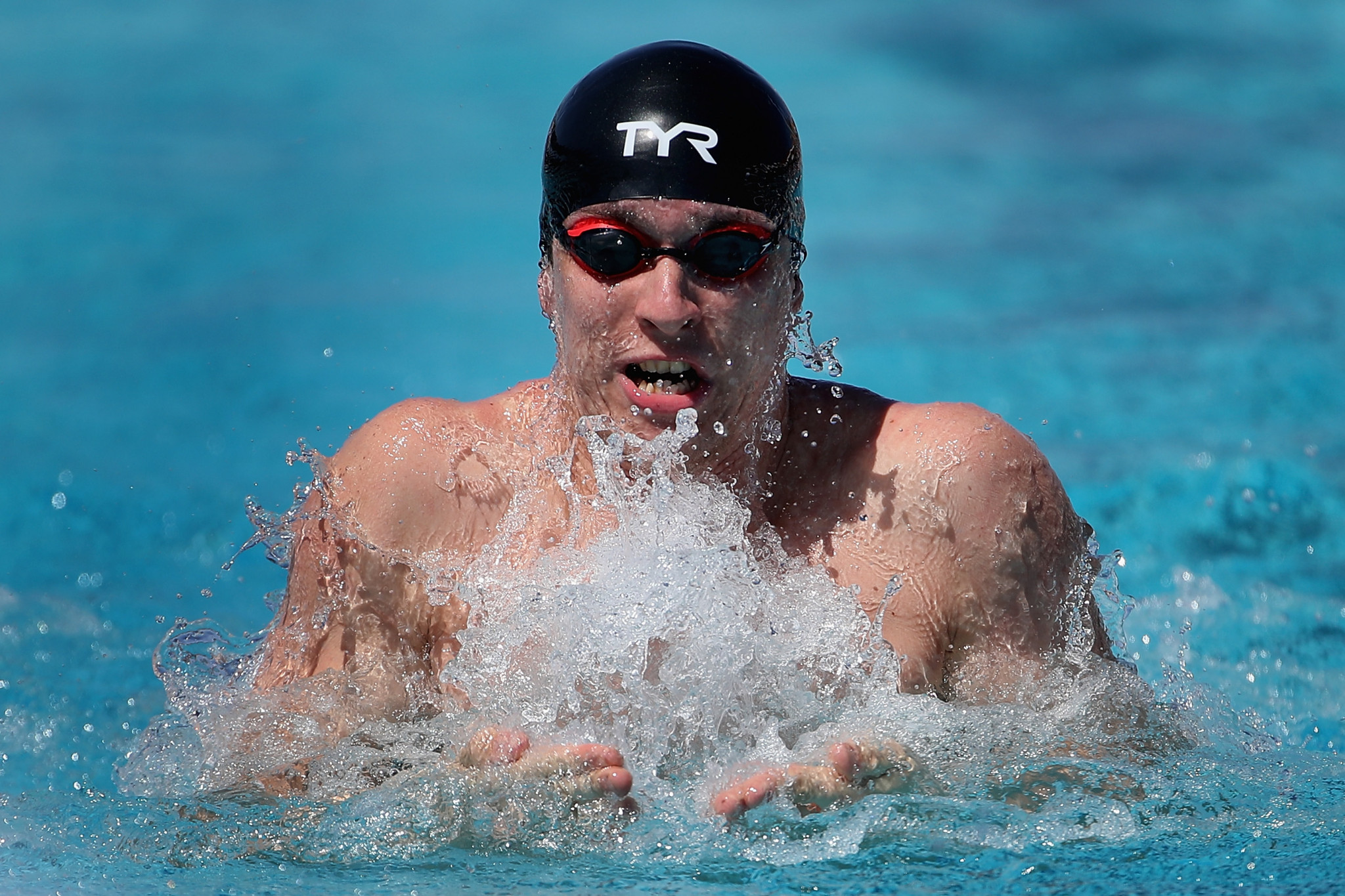 Finnerty yesterday qualified for the final by lowering Ukrainian Igor Borysik's record from the 2009 Universiade in Belgrade.

In tonight's final, he recorded a winning margin of 0.01 seconds as both swimmers ducked under his semi-final time of 51.51sec.

Finnerty was first to the wall at Piscina Scandone in 59.49, with Prigoda just behind.

There was more glory for the United States when Lisa Bratton reclaimed her 200m backstroke title in a one-two with compatriot Asia Seidt.

Having won the event in Gwangju in 2015, Bratton saw off Seidt - who broke the Universiade record in yesterday's semi-final - by setting a new mark of 2min 07.91sec.

Seidt also went quicker than her semi-final time but had to settle for silver in 2:08.56 as Britain's Chloe Gooding won bronze in 2:09.57.

She lowered Erin Gallacher's 26.30 record by 0.05 seconds to get the gold medal.

At Mostra d'Oltremare, China won both of the gold medals available as they clinched a fifth of six diving titles from two days of competition.

The duo had been in second place at the halfway stage before executing three superb dives to score 90.78, 82.14 and 80.64 points, respectively, and claim gold from the Mexicans.

The Chinese duo finished with 431.16 points as Tudon and Balleza Isaias were pushed into silver on 403.26.

The second Chinese medal at the diving pool was won in a fierce 3m synchronised mixed team contest with Russia.

Carolina Mendoza and Adan Zuniga Ornelas from Mexico took the bronze medal with a score of 279.45 points.

Hitomi Hatakeda, Aiko Sugihara and Asuka Teramoto were the stars of the show as they totalled 108.450 points to win gold.

Liliia Akhaimova, part of the Russian team who won gold at the 2017 Universiade in Taipei, had to settle for silver here with a team total of 107.450 points.

The bronze went to hosts Italy on 103.500, with controversial Torchbearer Carlotta Ferlito leading the Italian trio onto the podium.

Ferlito, once accused of making a racist comment towards American gymnast Simone Biles, was Italy's star with an individual total of 39.650 points.

At the 2017 Summer Universiade in Taipei, Japan won two golds from their 12 artistic gymnastic medals.

After just two events in Naples, they have already secured two golds.