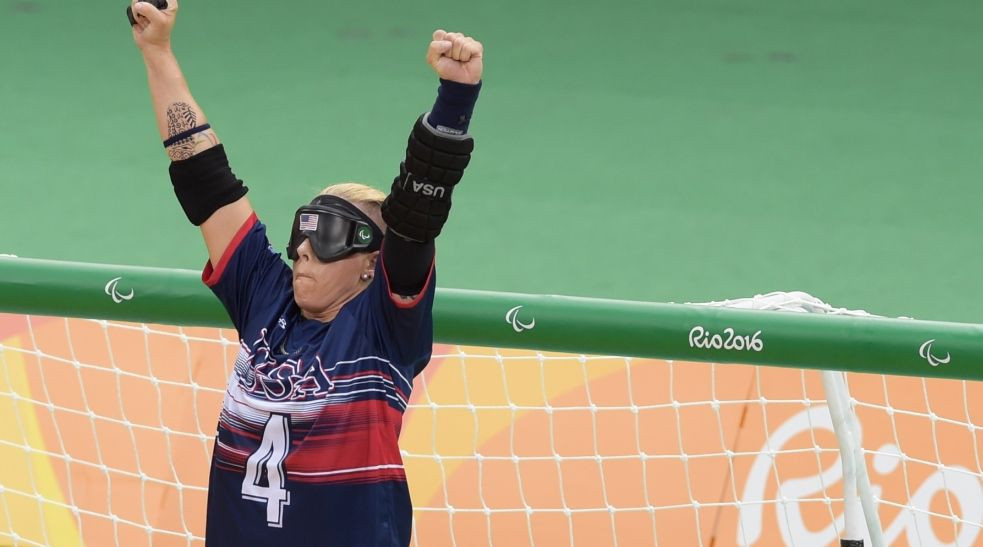 China and the United States' women's teams sit top of their respective pool standings after the third day of action at the International Blind Sports Federation (IBSA) Goalball International Qualifier for Tokyo 2020 in Fort Wayne.

Hosts the US are the only unbeaten side in Pool Y after a 7-4 Independence Day win over Ukraine at the Indiana Tech venue.

Despite Amanda Dennis picking up an injury with six minutes left of the game, the team stood their ground against a strong Ukrainian outfit.

"I feel like our team handled a decent amount of adversity," America's Marybai Huking said.

"We had a couple of things that didn’t exactly go our way throughout the game, but we were able to hold onto it and come together as a team.

"They do a really good job mixing up their offence and they gave us some struggles with their bigger bounce balls, so they did a great job."

In Pool X, China came away with a 6-1 victory over South Korea to extend their lead over second-placed Israel to three points.

They, however, have played one more game than Israel, who thrashed Germany 10-1 today.

Third place is occupied by Australia, 11-1 winners over Spain.

👀 Take a look at how the groups are stacking up as we reach the halfway stage of pool play at #FortWayne2019 pic.twitter.com/Lyr7uJsMId

In the men's event, Turkey became the first team to overcome reigning Paralympic champions Lithuania to take the lead at the top of Pool A.

An incredible performance from the Turks ended with an impressive 12-4 scoreline at Turnstone Centre for Adults and Children with Disabilities.

"Paralympic qualification means a lot to me because it would be the third time in a row we would participate at a Paralympic Games," Turkey's Hüseyin Alkan said.

"I am sure we are going to get the ticket from here and we will be the champions in the Paralympics as well."

There was also a Pool A victory for Sweden, beating Argentina 7-4, while Greece drew 7-7 with Czech Republic.

Ukraine and South Korea are level on nine points at the top of Pool B.

The Ukrainians made it three wins out of three by defeating Spain 11-5.

They have a game in hand on South Korea, who overcame Poland 15-8.

Finland and China drew 4-4 in today's one other Pool B clash.

The quarter-finals and placement games are due to take place on Monday (July 8) and will be followed by the medal matches one day later.