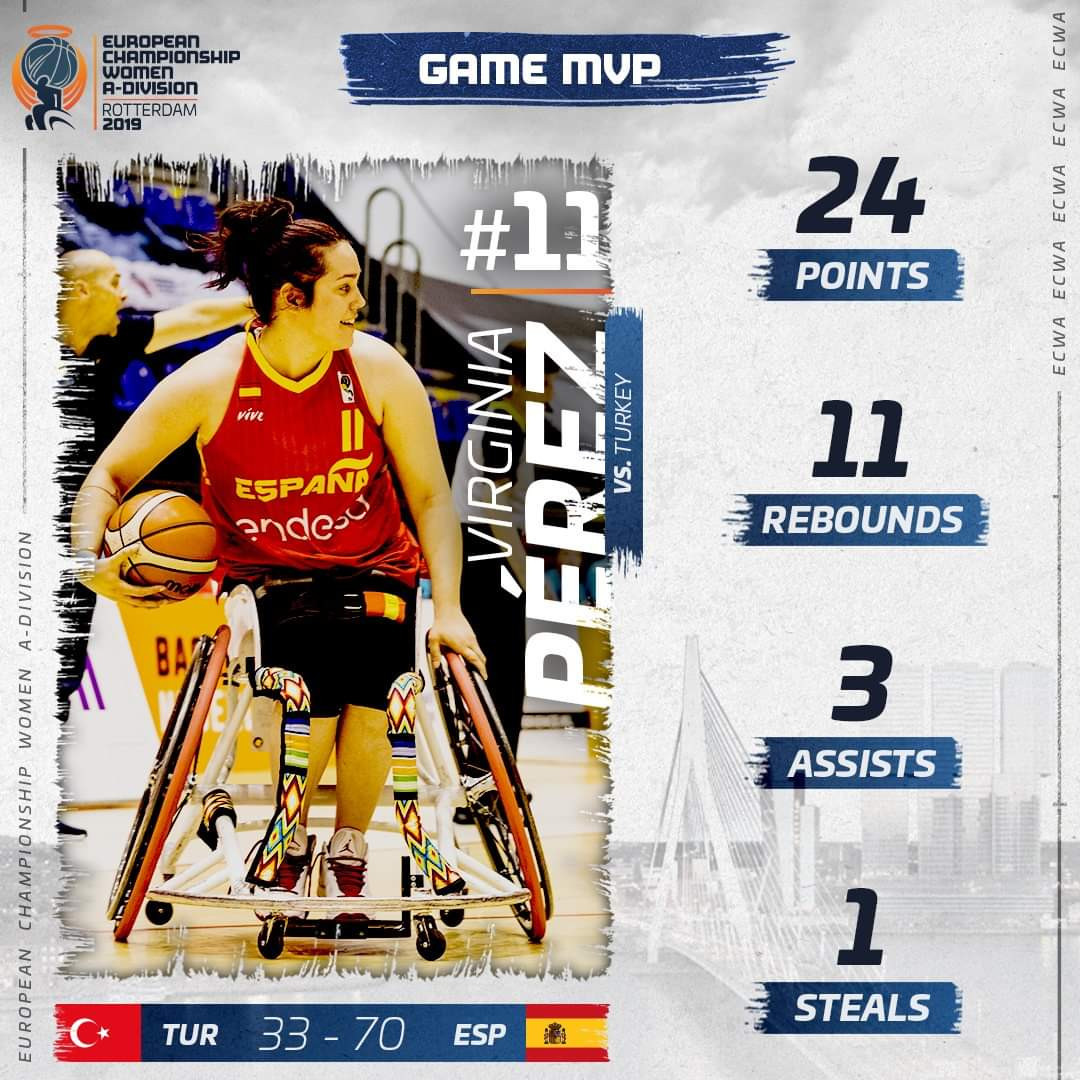 Spain beat Turkey 70-33 today to claim the fourth and last available spot in the semi-finals at the International Wheelchair Basketball Federation Women’s European Championship Division A in Rotterdam.

Following their crucial win over France yesterday, Spain knew victory over Turkey would be enough to qualify for the last four and, in doing so, secure a place at the Tokyo 2020 Paralympic Games.

Virginia Pérez was the game's most valuable player (MVP) with 24 points, 11 rebounds, three assists and one steal at Topsportcentrum Rotterdam.

By the time France faced hosts the Netherlands, they already knew any chance of reaching the semi-finals had gone.

The match ended in a 72-34 win for the Dutch, who finished with five victories out of five at the top of the preliminary-stage standings.

ECWA NEWS - Germany 🇩🇪 secure second place in the group stage of the 2019 Women's Euros, as they defeat Great Britain 🇬🇧, 61-48, in their final game of the preliminary stage.

Katharina Lang was the game's MVP with 22 points, 13 rebounds and six assists.

Following a rest day tomorrow, the semi-finals are due to take place on Saturday (July 6).