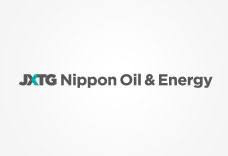 Tokyo 2020 has announced that it has concluded an agreement with the JXTG Nippon Oil & Energy Corporation, under which they will serve as supporting partners of the Olympic Torch Relay and supply the gas for the torches used at the Games.

As Japan’s leading energy company, JXTG chose the slogan of "ENERGY for ALL" to express its intent to provide a stable supply of energy while also bringing high-powered energy and enthusiasm to all people, thereby "energising" the nation.

"In its role as a Tokyo 2020 Gold Partner in the 'Oil, Gas, Hydrogen and Electricity supply services' category, JXTG has been engaged in a number of initiatives under the slogan 'ENERGY for ALL'," Katsuyuki Ota, President and representative director of JXTG, said.

Tokyo 2020 President Yoshirō Mori added: "It gives me great pleasure to welcome JXTG as a supporting partner of the Tokyo 2020 Olympic Torch Relay.

"It is very reassuring to have the support of a professional energy provider like JXTG; this will be a key component in the operation of safe and smooth Torch relay.

"The company will provide the gas that will power the Olympic Torch and Tokyo 2020 will continue working to deliver a flame that will never be extinguished in the hearts of all the people across Japan."

Tokyo 2020 recently revealed the Olympic Torch Relay route, which will take in many of Japan's most historic and famous sites.

The flame is due to be taken all over Japan inside 121 days, culminating in next year's Olympics.