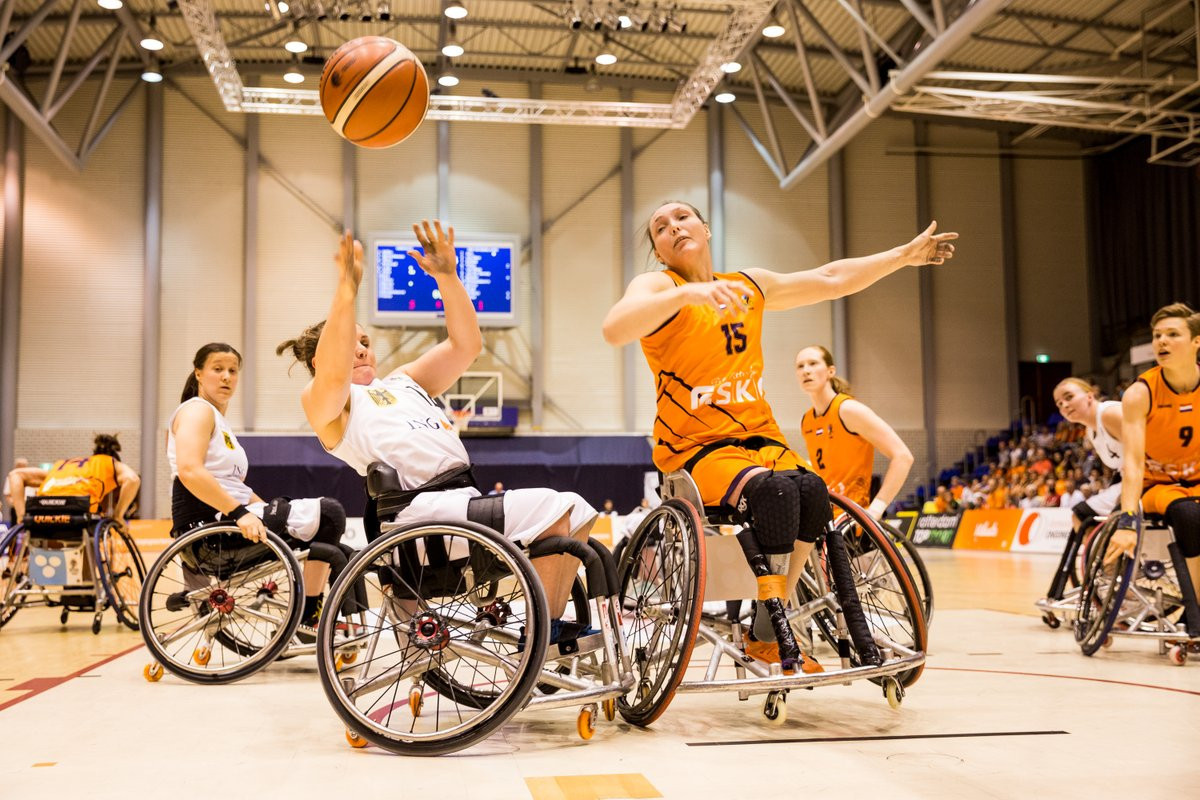 The Netherlands edged out Germany 55-51 to make it four wins out of four at the International Wheelchair Basketball Federation Women’s European Championship Division A in Rotterdam.

Germany pushed the Dutch all the way in a highly-entertaining match at Topsportcentrum Rotterdam, but they ultimately succumbed to a first defeat of the tournament as their opponents secured top spot in the preliminary-stage standings.

Bo Kramer was the Netherlands' top points scorer with 23.

She also managed nine rebounds and five assists, and was named the game's most valuable player.

Earlier in the day, Britain bounced back from their loss against the Netherlands yesterday to beat Turkey 75-20.

ECWA NEWS - Great Britain 🇬🇧 got back to winning ways with a 75-20 victory over Turkey 🇹🇷.

There was also a first victory today for Spain, who overcame France 54-31.

All six teams are due to play each other once during the round-robin stage, with the top four progressing through to the semi-finals.

They are set to take place on Saturday (July 6).

The nations which reach the last four will secure places at next year's Paralympic Games in Tokyo.

The last three round-robin matches are scheduled for tomorrow.

Britain face Germany before Turkey meet Spain and the Netherlands go up against France.