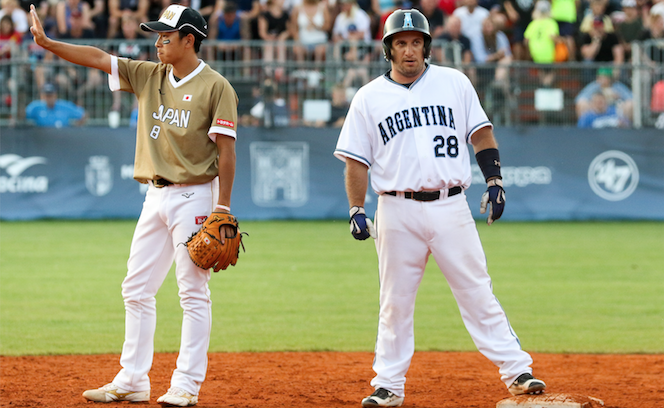 Argentina captain Bruno Motroni has been elected as a male athlete representative on the World Baseball Softball Confederation (WBSC) Softball Division Board and the WBSC Athletes' Commission, it has been announced.

Motroni was elected by his peers at the recent WBSC Men’s Softball World Championship in Czech Republic, where he led Argentina to a maiden triumph in the event.

He received 53.92 per cent of the votes cast with Australia’s Nick Shailes second on 28.57 per cent and South Africa’s Tidima Kekana third on 16.13 per cent.

All 272 participating athletes in the WBSC Men’s Softball World Championship were eligible to vote, with a turnout of 79 per cent of them casting a vote.

Motroni will serve alongside previously elected female player Erika Polidori of Canada on the highest softball body within the WBSC.

"WBSC is delighted to have such a world-class athlete and world champion on our decision-making body.

"His input, together with the recommendations of the WBSC Athletes' Commission, will be a major asset to shaping our global sport and our World Cups into the future."

The electoral process and vote in Czech Republic was supervised by Soto, who sits on the WBSC Executive Board and was the athlete representative observer at the 2019 Men’s Softball World Championship.

"Being a leader on and off the diamond, Bruno Motroni played a key role in bringing his national team its historic first-ever world title," she said.

"He will add a great perspective and voice to the Athletes' Commission and world governing body."

The next vote is due to be conducted during the second edition of the WBSC Premier12 this November, when the male athlete representative for baseball will be elected.

The WBSC recently claimed it has taken major steps to ensure its athletes are represented in the decision-making processes of the international governing body.

The process to ensure players - both male and female - are helping to shape the decisions of the WBSC is scheduled to be completed by the end of 2019.

When the final ruling structure is complete, six representatives from all male and female disciplines will have a voice and representation on the WBSC Baseball Division, the WBSC Softball Division and the WBSC Executive Board.