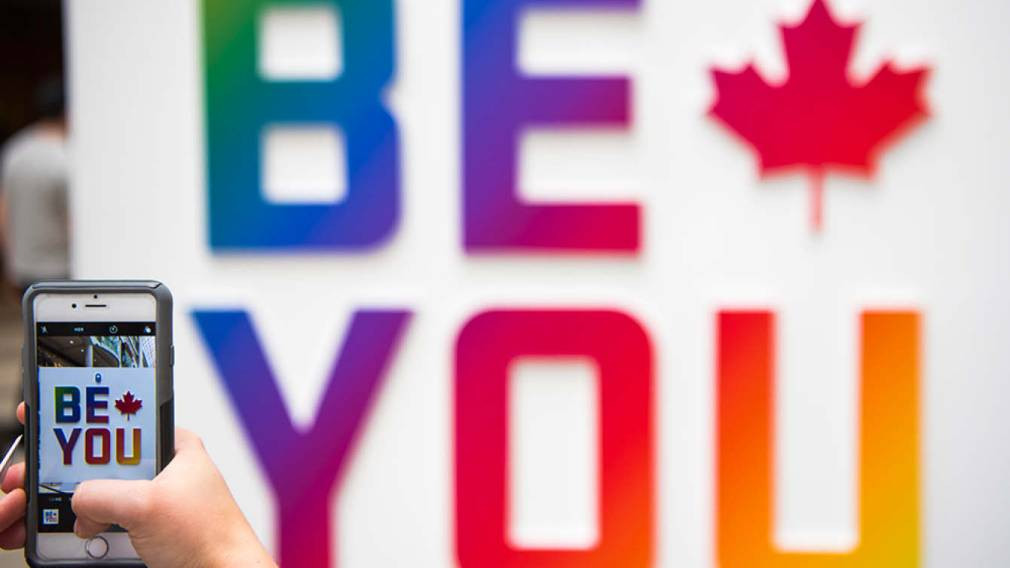 The Foundation is the charitable arm of the Canadian Olympic Committee (COC) who claimed a "statement" had been made to the sports community about embracing the next generation of LGBTQ+ athletes.

You Can Play, an organisation promoting LGBTQ+ interests in sport, and equality charity Egale Canada have created the inclusion officer's role who will be based in Toronto.

They will work with schools, community groups and sport federations across the country.

"The reason why I choose to add my story to the LGBTQ+ athletes who paved the way before me is in hope of inspiring the younger generation to celebrate our successes and our differences," Radford, winner of a team gold at Pyeongchang 2018 and who was the first openly gay athlete to top a podium at the Winter Olympics, said.

"Helping to fund this position supported by the Foundation is game-changing because it will help break down barriers that prevent aspiring athletes from participating in sports."

Radford, a double world champion in the pairs with Meagan Duhamel, is an ambassador for the COC's Be You campaign launched last year and aims to encourage the sports community to be their authentic selves.

A pop-up store in Toronto sold t-shirts and badges to promote the cause while an online shop has also been set-up.

A mural was created by Shalak Attack, a Canadian-Chilean visual artist, which will be donated to Egale.

The COC signed an agreement with You Can Play and Egale, Canada's only national charity promoting lesbian, gay, bisexual and transgender human rights, in 2014.