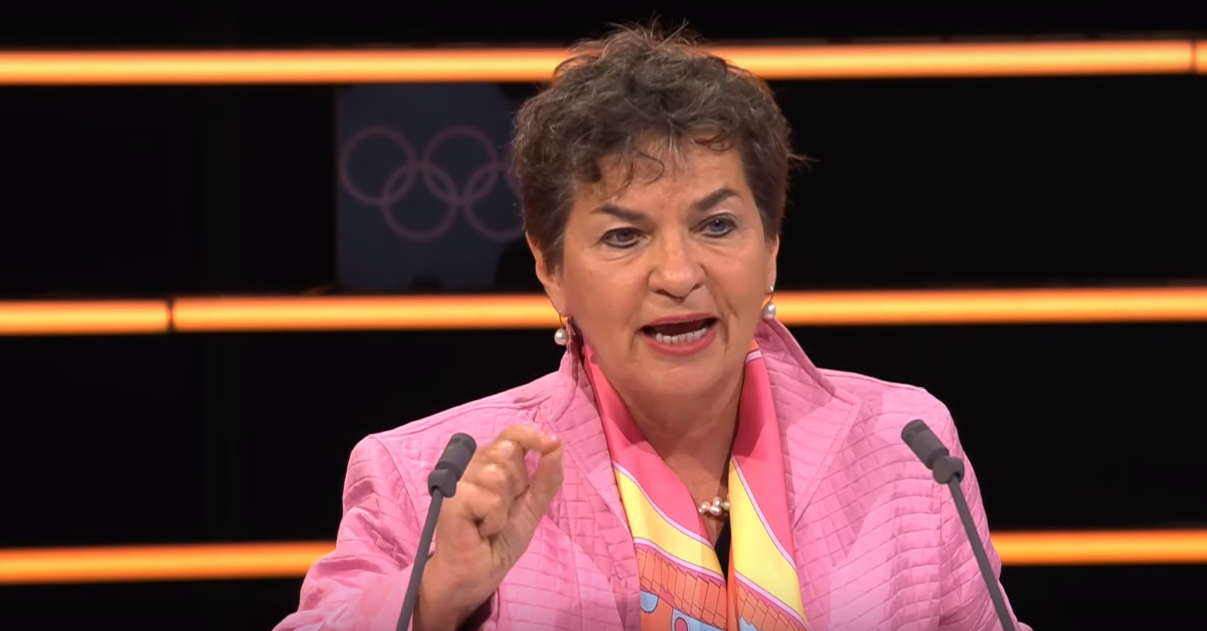 Former United Nations (UN) climate change head Christiana Figueres has called on the International Olympic Committee (IOC) to take a leadership role in tackling the climate emergency warned of the risks to major events should action not be taken.

The Costa Rican official served as executive secretary the UN Framework Convention on Climate Change (UNFCCC) from 2010 to 2016.

Figueres is credited with having a key role in the negotiations which ultimately led to the signing of the Paris Agreement in 2015.

The Paris Agreement, signed by 194 states and the European Union, has the long-term goal is to keep the increase in global average temperature to well below 2°C and limit the increase to 1.5°C to substantially reduce the risks and effects of climate change.

Invited to give a keynote speech on the second day of the IOC Session, Figueres praised the IOC’s sustainability strategy and their efforts to achieve the UN’s sustainable development goals.

The new headquarters of the Olympic House, opened on the organisation’s 125th anniversary, has also been listed at one of the most sustainable buildings in the world, according to the US Green Building Council.

Figueres called for the IOC to go further and use their "unequalled platform" to promote and influence other organisations and the public to take action.

"While the IOC has done an excellent job incorporating sustainability to your thinking, it is sadly no longer enough," Figueres said.

"It has been made clear to everyone that we are living in a climate emergency.

"Sustainability is no longer a nice to have, but they are decisions which define the quality of life for everyone on this planet for the next 125 years.

"It has to be holistic, not just a project here and there.

"We have a climate emergency, a biodiversity and an ocean emergency.

"By addressing one, you can have lasting effects on others.

"You have one of the most privileged microphones in the world.

"I would argue that the IOC and the Olympic Games are unequalled.

"They cannot be compared to any other sporting event in the world, nothing.

"This is a huge opportunity to take a leadership role in something that is urgent.”

Bach is due to speak to the leaders of the world at the G20 Summit in Osaka on Saturday (June 29).

The IOC revealed Bach will address the global leaders about the importance of the Olympic Movement and the unifying power of sport in our fragile world.

Figueres expressed her hope that Bach could add the importance of addressing climate change to his speech to delegates.

"I am sure he will take his very important message that sport is a medium for peace," Figueres said.

"I am hoping that he will add that sport as a medium for peace, we should definitely protect the conditions for sports.

"Because if you use sport as a medium for peace, universality and all the values that he eloquently put forward, then it does no good if you are not actually able to train for sport or compete because either the air is too contaminated or it is too hot.

"The values are the guiding light, but the basis for any sport activity is the natural and physical environment."

Figueres also gave a warning to IOC members that the Olympic Games could increasingly become impacted by the change in climate.

It mirrored a claim made by Bach last year, where he suggested climate change had already impacted on the number of potential hosts for the Winter Olympic Games.

International Ski Federation (FIS) President Gian-Franco Kasper was criticised earlier this year by several skiers and snowboarders for referring to "so-called climate change" in an interview.

"It is pretty simple.

""f we want Games under sustainable conditions, we have to address climate change.

"This will effect host cities, can you imagine the reduction of snow.

"It will increase the distances between venues and costs, as no-one can produce more snow than Mother Nature.

"For the Summer Games, think about the heat athletes would have to endure."

Air quality monitors are set to be placed in the athletics venue at next year’s Olympic Games in Tokyo, but Figueres urged organisers to consider placing monitors in all venues.

She claimed this would be a positive initiative to know what air conditions they are competing in.

Figueres also remarked on the improving air quality in China’s capital city Beijing, the host of the 2022 Winter Olympic and Paralympic Games.

The Organising Committee has pledged to deliver a Green Olympics in three years time.

The Organising Committees for the Olympic Games Tokyo 2020, Beijing 2022 and Paris 2024 have each signed up to the UNFCCC’s Sports for Climate Action Initiative.

The initiative sees parities aim to incorporate ideas in the Paris Agreement in their strategies, policies and procedures.

The IOC, World Sailing, World Rugby and World Taekwondo are also among those to have joined the initiative.