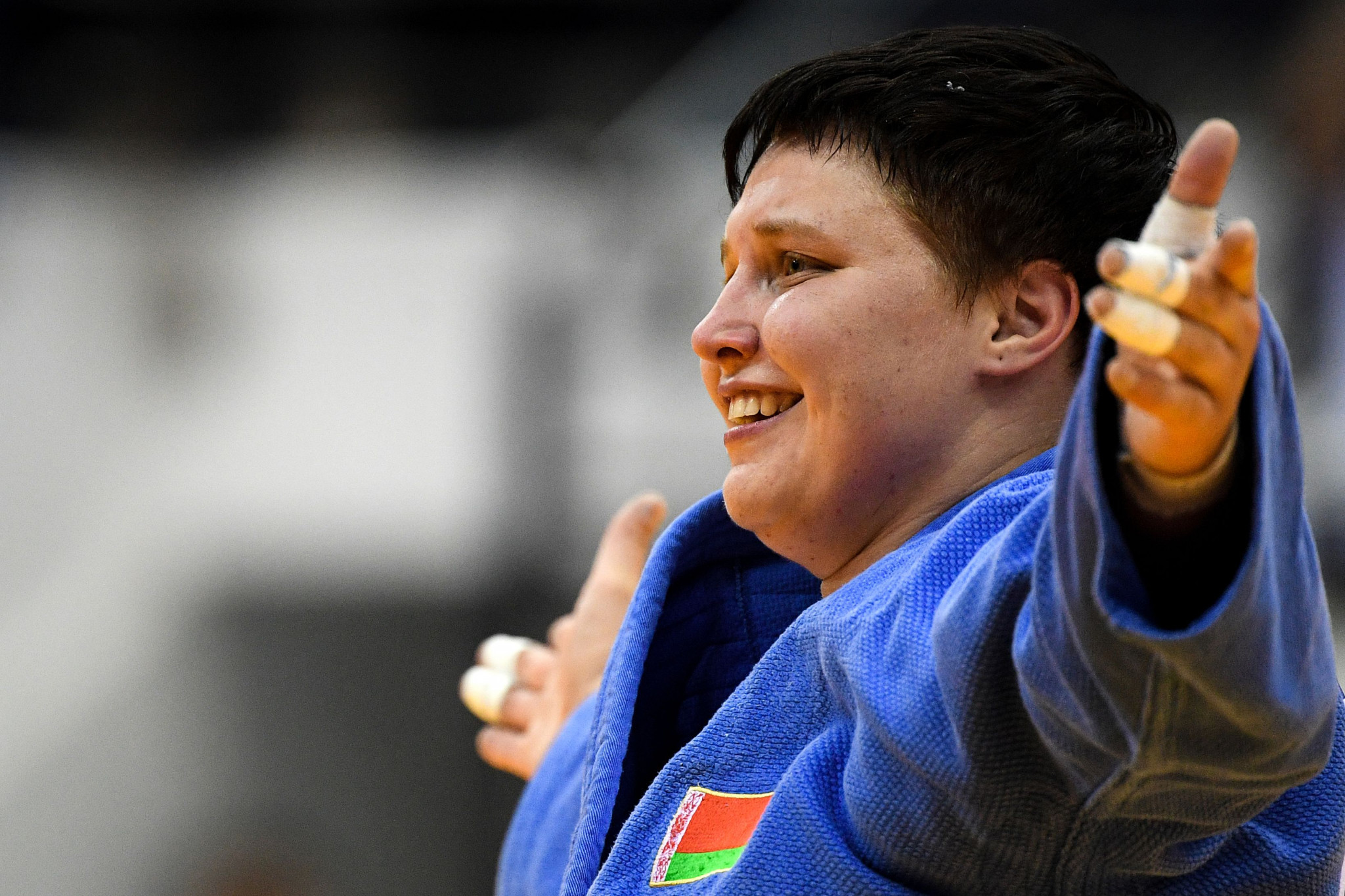 The home crowd had their wish as Belarus' Maryna Slutskaya rounded off the individual women’s judo competition at the 2nd European Games by winning the over-78 kilograms class final here tonight.

That brought about a power shift from the foregoing men’s under-100kg final in which Georgia’s 30-year-old Varlam Liparteliani, the Rio 2016 silver medallist with three World Championship silvers and two bronzes, plus three European Championships golds to his name suffered a tough defeat.

His victor was eight years his junior - Russia’s Arman Adamian, world junior silver medallist two years ago, and European under-23 champion in 2018, who slammed him to the ground for ippon.

On the face of it, Slutskaya’s task in her final looked daunting - and so it proved.

Her opponent, 28-year-old Bosnia and Herzegovina's Laris Cerić, was world bronze medallist last year and has two European silvers and a bronze to her name.

Slutskaya, a year younger, was European champion at Warsaw in 2017.

The contest went almost four minutes into golden score time before the home athlete won on a penalty.

So Slutskaya earned her first European Games gold, and added another European title to the one she claimed in 2017 - this competition being one of two at the Games, along with boxing, to incorporate its own European Championships in Minsk 2019.

"I was nervous," Adamian, who had earlier beaten the defending European champion Toma Nikiforov of Belgium, said.

"This is a really important win for me as it pushes me towards the Olympic Games 2020 in Tokyo.

"I felt great, and I came here in ideal shape.

Adamian added: "I won the Under-23 European Championships before.

"Here it is a different story, the competitors are at another level.

"I knew who I was fighting in the final.

"I knew he is an Olympic medallist and a strong opponent.

"I prepared for him - I watched his matches.

"During the match I was able to catch him on a mistake and throw him for waza-ari and then I held on to this.

"I still can't believe what happened.

"The nicest moment today was for me that my father and my sister were here to watch and to support me.

"They helped me to win and part of this victory belongs to them."

A swift leg sweep by the 20-year-old Austrian brings the world silver medallist to earth, flat on his back, and suddenly it is all over. Bronze goes to Hegyi.

Dutch judoka Henk Grol beat Lukas Krpalek of the Czech Republic to the second over-100kg bronze – but at a cost. In making the decisive score he injures his left leg – or hip – and was temporarily unable to rise to his feet, eventually limping away supported by his coach.

Slovenia's Klara Apotekar won the other women’s individual gold on offer tonight in the the women’s under-78kg class after defeating Guusje Steenhuis of The Netherlands by waza-ari.

Steenhuis personified despair as she stood, bent double, for half-a-minute before straightening up to return to the centre of the tatami for the formalities.

After two Kosovo golds from the previous day’s women’s events, Loriana Kuka contributed to the home medal collection with bronze in the under-78kg class, beating Luize Malzahn of Germany.

The other under-78kg bronze went to France’s Madeleine Malonga, who defeated Marhinde Verkerk of The Netherlands

The men’s under-90kg category was won by Mikhail Ozerler of Turkey, who beat Li Kochman of Israel.