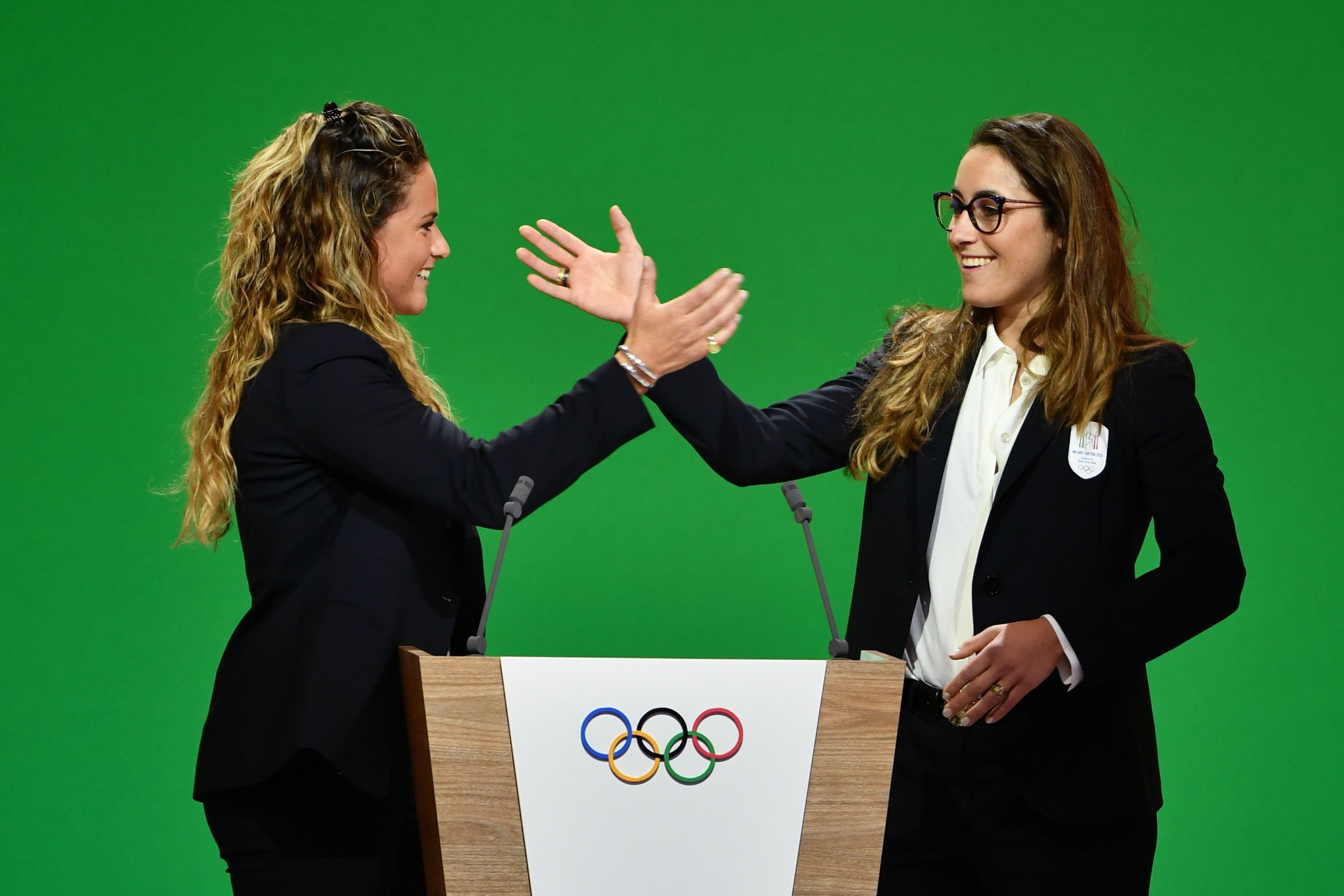 Italian athletes made an impassioned and personal plea for Milan Cortina d'Ampezzo to be awarded the 2026 Winter Olympic and Paralympic Games as they stole the show from their political counterparts during their presentation to the International Olympic Committee (IOC) Session here.

Olympic champions Arianna Fontana, Sofia Goggia and Michela Moioli were joined by Elisa Confortola, who carried the Italian flag at the European Youth Olympic Winter Festival in Bosnia and Herzegovina, earlier this year, to deliver the message of Milan Cortina 2026 to the IOC membership.

A slightly fractured presentation struggled to get going until the quartet took to the stage to put forward the Italian candidature's case to be selected over rivals Stockholm Åre.

Their entrance followed an all-male cast of politicians and officials, including Italian Prime Minister Giuseppe Conte, and concluded with 17-year-old short track speed skater Confortola asking the IOC electorate to "make my dream come true" by voting for Mian Cortina.

Italian National Olympic Committee President Giovanni Malagò, flanked by Italian Paralympic Committee head Luca Pancalli, began by stressing the strengths of the guarantees provided by the Government and ended by claiming Milan Cortina 2026 would be a "Games for all".

Milan Mayor Giuseppe Sala said his city and Cortina d'Ampezzo was the "perfect place" to host the Winter Olympics and Paralympics.

Conte, who only arrived here this afternoon, to support the Italian bid, attempted to highlight Italy's experience in staging winter events - Turin held the 2006 Winter Olympic and Paralympic Games.

He also spoke of the high public backing for the bid in Italy and promised Milan Cortina 2026 would begin its work in organising the event immediately if it is chosen later today.

"Our bid is worthy of the highest attention," Conte told IOC members.

"If I am here today in front of you, it is thanks to the enthusiasm of all Italy.

"It is thanks to the big contribution in this project of all Italian citizens.

"We will work hard and commit ourselves to ensure the event will be remembered in sport history.

"This is the dream of an entire country, and not only the Government but also the regions.

"The cities are fully committed to supporting this project."

Goggia directly addressed IOC President Thomas Bach, asking the German if he remembered her after presenting her with her medal at last year's Winter Olympics in the South Korean resort.

The pair spoke about how Milan Cortina 2026 would be for the athletes before Confortola added her own personal message.

Fontana also addressed the membership as she made a sly dig at Stockholm Åre for the lack of winter sunlight in Sweden.

"Milan Cortina will be the sunny side of the Winter Olympics, with an average 10 hours of sunlight every day," she said.

"The regions are busy, bustling areas and the emotion becomes energy for sport.

"The athletes energy in the mountains will be matched in the cities."