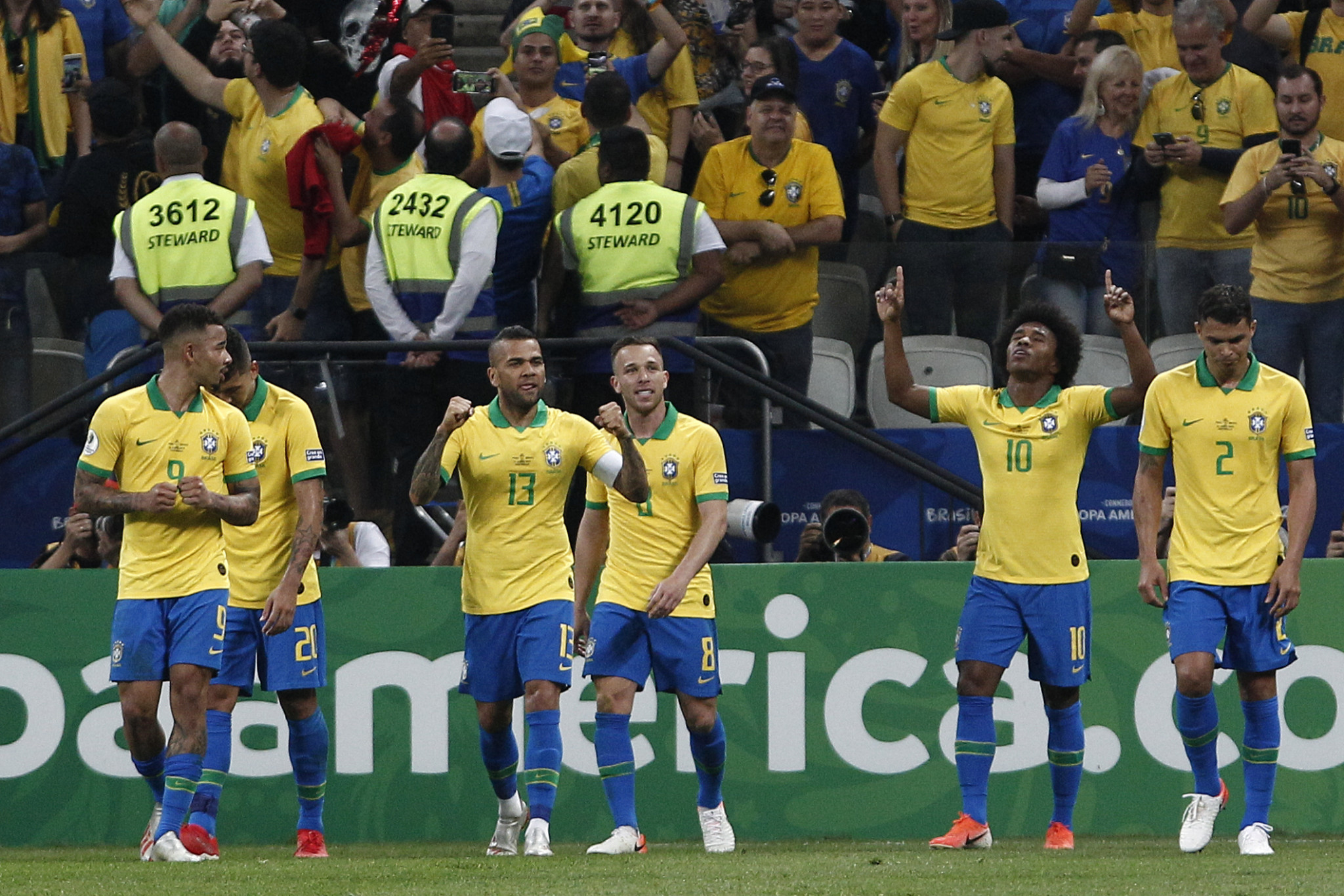 Brazil finally found their form to record a stylish 5-0 victory against Peru in São Paulo that secured top spot in Group A and their passage to the Copa América quarter-finals.

Tite's side turned on their style at Arena Corinthians to unleash a crushing defeat on Peru, who stuttered to third in the group after Venezuela saw off Bolivia 3-1 to snatch second place at Estádio Mineirão in Belo Horizonte

Brazil made a strong start and took the lead after 12 minutes when Marquinhos headed a Philippe Coutinho corner off the woodwork and Casemiro pounced to bundle the ball home.

The hosts doubled their lead in bizarre circumstances when Peru goalkeeper Pedro Gallese's attempted clearance was charged down by Roberto Firmino.

The ball looped back towards goal, ricocheted off the post and back to Firmino who slotted home with a "no-look" finish.

Everton Soares added a third on the half-hour mark after dribbling infield and firing a low shot beyond Gallese at his near post.

There was more of the same from Brazil after the break. Dani Alves made it 4-0 by firing into the roof of the net after playing one-twos with Arthur Melo and Firmino.

Willian rounded off the win by curling home Brazil's fifth in the 90th minute before Gabriel Jesus squandered the chance for 6-0 when his stoppage-time penalty was saved by Gallese.

Venezuela leapfrogged Peru with a comfortable win against Bolivia to reach the quarter-finals.

Darwin Machis scored the fastest goal of the Copa América in the 21st Century when he opened the scoring with just 75 seconds on the clock.

He doubled the lead in the 55th minute with a strike to the top corner and although Leonel Justiniano pulled a goal back for Bolivia, Venezuela restored their lead to secure second place.

Josef Martínez restored the two-goal lead four minutes from time to secure a fourth consecutive appearance in the knockout stage.