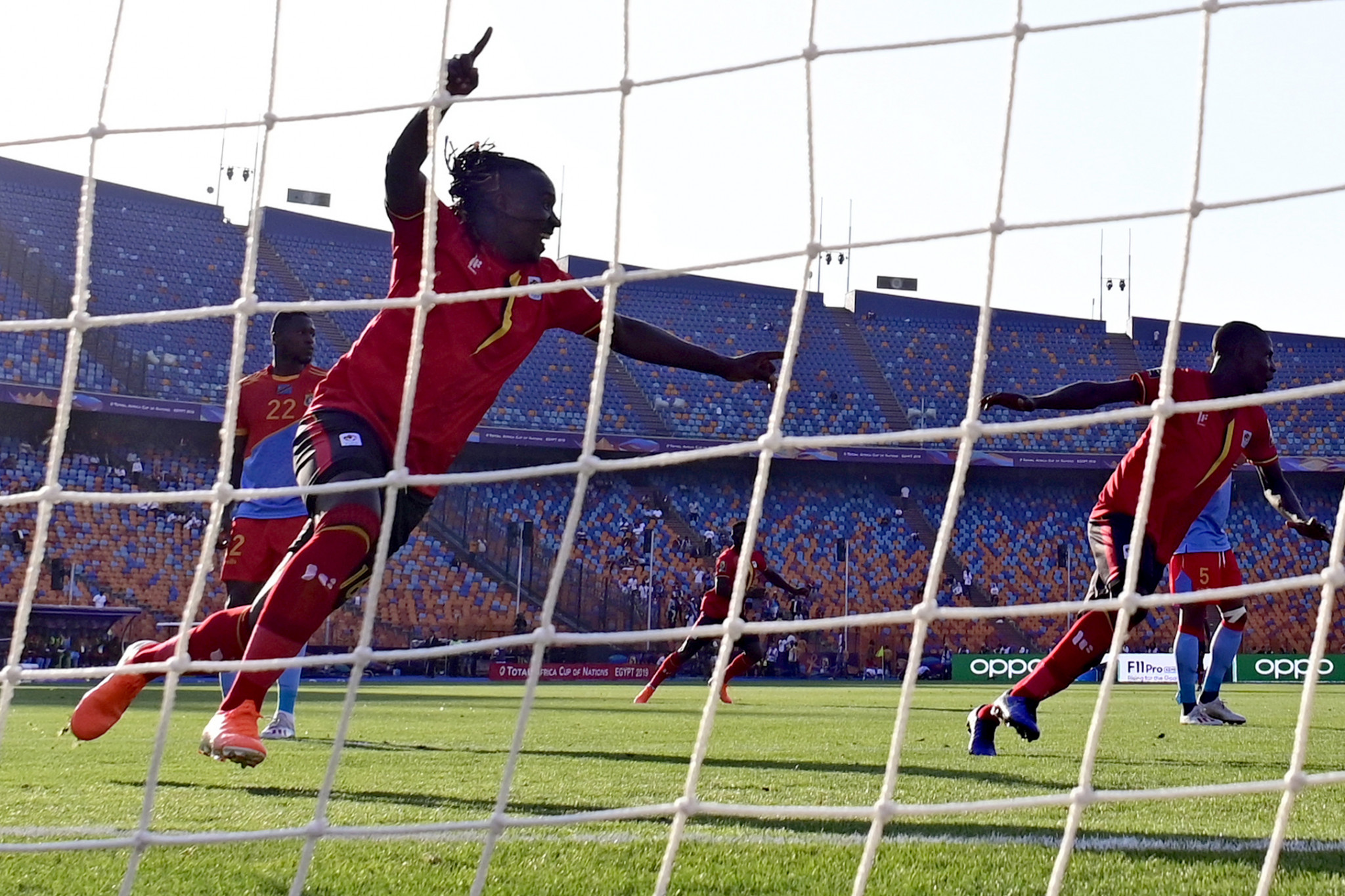 Uganda grabbed a first win at the Africa Cup of Nations in more than 40 years with a 2-0 victory against the Democratic Republic of Congo in Cairo.

Their last win came back in 1978 in a semi-final against Nigeria and they started this year's tournament with three Group A points at Cairo International Stadium.

Patrick Kaddu headed Uganda into a 14th-minute lead from a corner and they had a surprise 2-0 lead when Emmanuel Okwi touched a free-kick home just after the break.

Victory saw them move level on points with Egypt after they defeated Zimbabwe 1-0 in the tournament's opening game.

Nigeria opened their Group B account with a 1-0 win against tournament debutants Burundi.

The Super Eagles needed a 77th-minute winner from Odion Ighalo to see off the nation ranked 134th in the world.

Substitute Ighalo had been on the pitch only minutes when he latched on to an Ola Aina backheel and struck beyond goalkeeper Jonathan Nahimana.

It was a poignant victory for Nigeria after star striker Samuel Kalu was taken to hospital yesterday, after suffering from severe dehydration in training.

On Thursday, players' union FIFPro had called for additional heat breaks to be implemented, raising them from two to four per match as temperatures soar in Egypt.

Group B's other match saw a spirited Madagascar side claim an unlikely draw against Guinea on their tournament debut.

Guinea took the lead on 34 minutes when Sory Kaba ran on to a through ball from Amadou Diawara before slotting home.

But Madagascar opened their Africa Cup of Nations account four minutes after the interval when Anicet Andrianantenaina headed home from a corner.

The unlikeliest of victories was on the cards when Carolus Andriamahitsinoro fired Madagascar into a 2-1 lead but a François Kamano penalty spared Guinea's blushes after Ibrahima Traoré was brought down in the box.

Neither side could find a winner, though, and both sit behind group leaders Nigeria.

The build-up to the tournament has been plagued by controversy, largely centring on the Confederation of African Football (CAF) and its President Ahmad, who is facing allegations of corruption and sexual misconduct.

The CAF itself is in a state of turmoil with FIFA appointing their secretary general Fatma Samoura as the head of a group which will run the continental body due to a series of corruption scandals.

In the latest controversy, the Cameroon squad arrived 24 hours later than scheduled after delaying their departure over an alleged pay dispute.

The squad had requested their appearance fee for the tournament be doubled but later agreed to travel without the promise of additional money.