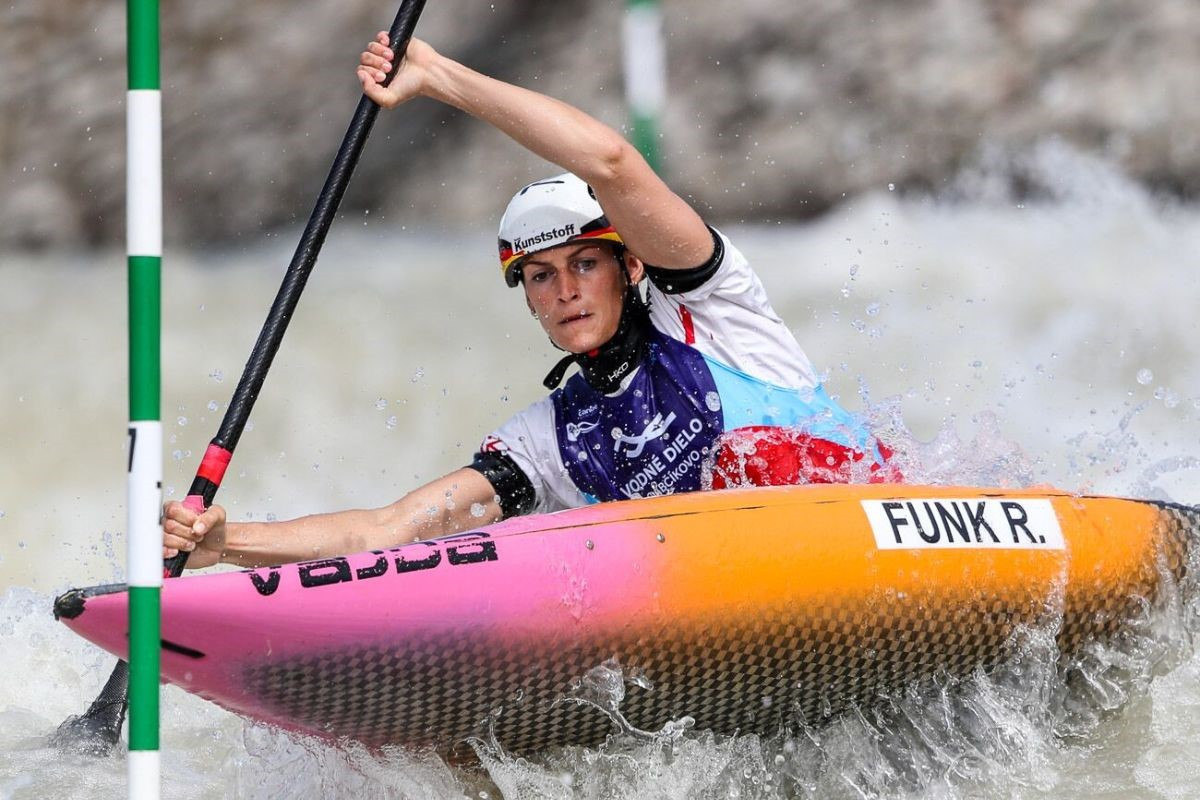 Germany’s Ricarda Funk qualified quickest in the women’s K1 event as a tough course made the going hard for even the best paddlers on the opening day of the International Canoe Federation (ICF) Canoe Slalom World Cup in Bratislava.

The course at the Slovakian capital's Čunovo Water Sports Centre is already considered one of the most challenging in the world, and it was made more difficult today with several tricky gate placements.

World champion Jessica Fox of Australia was third in 1:38.26, while Rio 2016 Olympic silver medallist Luuka Jones of New Zealand was one of the high-profile athletes who needed a second run to progress to the weekend's action.

"I was a little bit afraid of gates four, five and six – they are really tricky, but I was really happy with my run," Funk said.

"I didn’t know how it would go and what the water would be like, so I was happy that it went well."

Home favourite Alexander Slafkovský showed he has put his early-season health problems behind him to post the fastest time in the men’s C1 qualifiers.

His time of 1:33.61 was 0.36 seconds quicker than that of nearest challenger Kacper Sztuba of Poland.

Several big names needed second runs to get through to the semi-finals of the men’s C1 event, including five-times Olympian Michal Martikán in front of his home crowd, and French duo Cédric Joly and Martin Thomas.

Brazil’s Ana Sátila capped a good day by qualifying fastest in the women’s C1 event, after also qualifying in the K1 earlier in the day.

France’s Quentin Burgi was quickest in the men’s K1 event.

His time of 1:28.26 was 1.96 seconds faster than that of Australia’s Lucien Delfour with Poland’s Dariusz Popiela a further 0.25 seconds back to complete a surprise top three.

Action is due to continue tomorrow with semi-finals and finals in the men’s C1 and women’s K1 events.