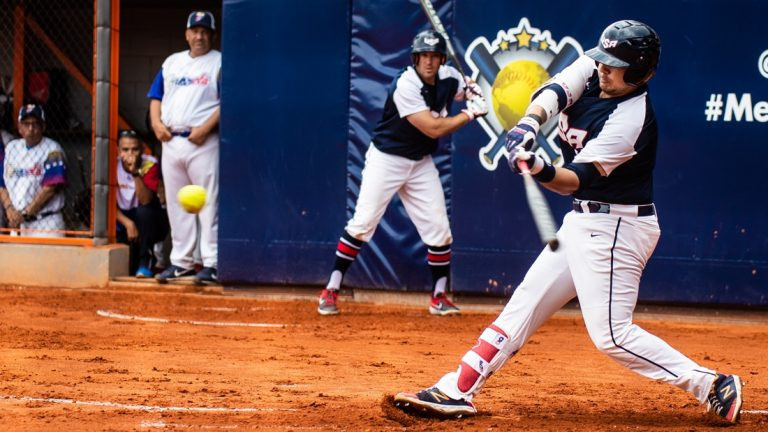 The United States beat Venezuela 7-4 today to collect their fifth victory and secure third place in Group B at the World Baseball Softball Confederation Men's Softball World Championship in the Czech Republic.

The Americans scored three runs in the bottom of the sixth inning to clinch the win at Svoboda Ballpark in Prague.

Nick Mullins singled with a bunt before Gilbert Saenz and Jonathan Lynch walked to load the bases, and Cameron Schiller produced two runs with a single up the middle.

The last run of the game was batted-in by Jenner Christiansen, with an infield single to second base.

Canada, meanwhile, made it a perfect seven wins out of seven by defeating South Africa 10-4.

They topped Group B ahead of Australia, who overcame The Netherlands 7-3 today.

Elsewhere in the section, Denmark beat Singapore 5-3 to secure a fifth-place finish.

In Group A, hosts Czech Republic claimed a dramatic 5-4 win over Cuba at Hippos Arena in Havlíčkův Brod to snatch the fourth and final quarter-final berth at the expense of their opponents.

Earlier in the day, table toppers Japan completed a clean sweep of victories by defeating Botswana 3-0.

New Zealand had to settle for third spot.

Today's other match in Group A saw Mexico finish with a 12-2 victory over winless Philippines to end in fifth spot.

Tomorrow's quarter-finals is due to pit Japan against Venezuela, the US against Argentina, New Zealand against Australia and Czech Republic against Canada.

The semi-finals are scheduled for Saturday (June 22).

The final and bronze medal games will then be held on Sunday (June 23).