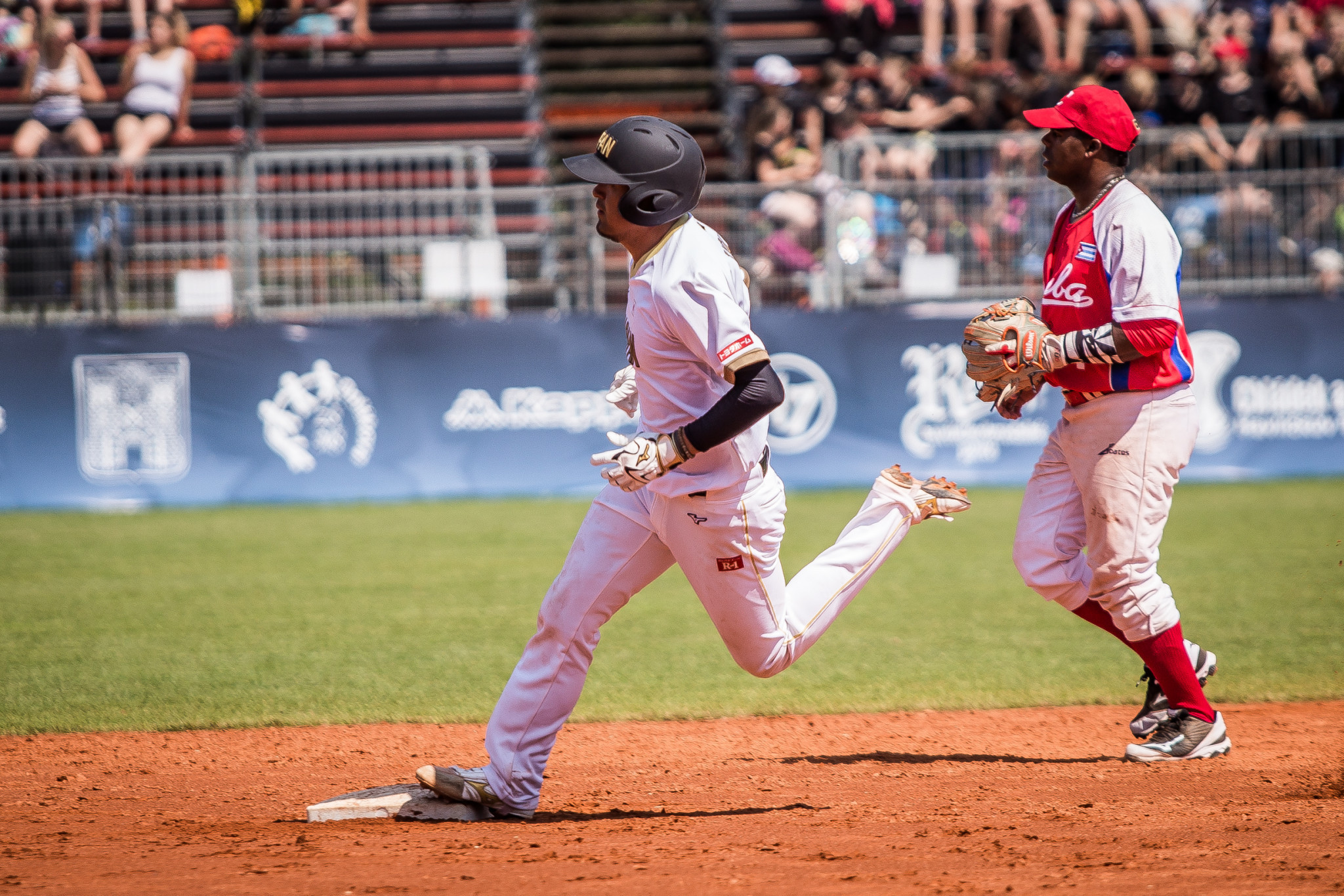 Japan secured first place in Group A with a 2-0 win over Cuba as action continued today at the World Baseball Softball Confederation Men's Softball World Championship in the Czech Republic.

Hikaru Matsuda was the man-of-the-match at Svoboda Ballpark in Prague, pitching six scoreless innings for the winners and producing the only runs of the game with a two-run homer.

Japan have now won six matches out of six and are set to face Botswana tomorrow in their last Group A outing.

Just behind them are Argentina after they moved onto five victories with an 11-1 trouncing of Mexico.

The win clinches a play-off spot for the South Americans and knocks out their opponents.

Today's other Group A game saw Botswana beat hosts Czech Republic 4-2 to move above their opponents and into fifth place behind Cuba.

In Group B, Canada joined Japan in maintaining an unblemished record by thrashing Singapore 8-0 at Hippos Arena in Havlíčkův Brod.

Victory guarantees the Canadians top spot in the section.

They are closely followed by Australia, 5-3 winners at the expense of Venezuela today to ensure a second-place finish.

Venezuela are joint third with the United States, 12-4 victors at the expense of Denmark, and both are assured of a place in the quarter-finals ahead of their meeting tomorrow.

Also triumphing today in Group B were South Africa, who picked up their first win by defeating The Netherlands 7-0.

The last day of group action tomorrow is due to be followed by the playoff round on Friday (June 21).

The semi-finals are scheduled for Saturday (June 22) before the final and bronze medal games are held on Sunday (June 23).