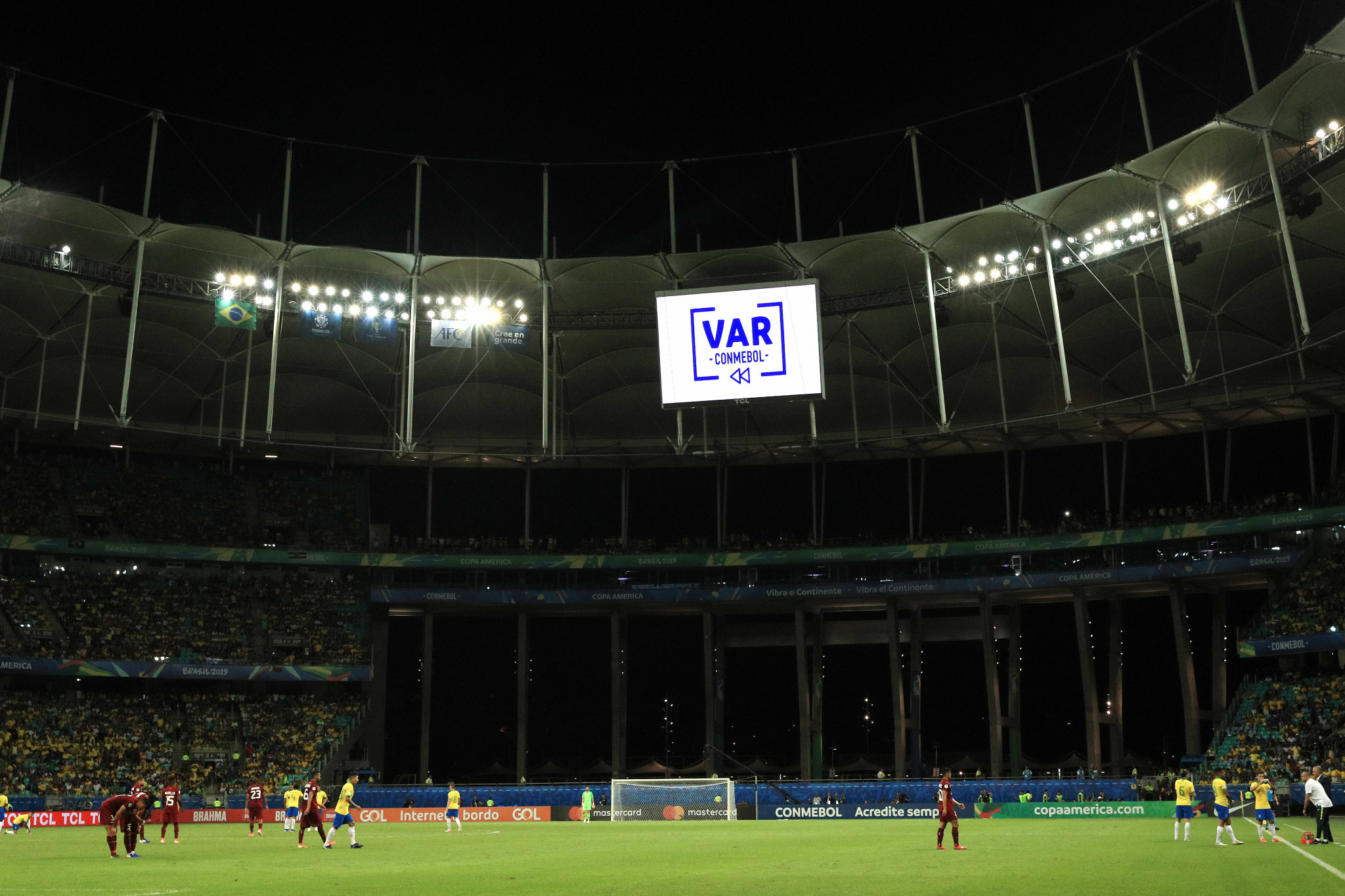 Hosts Brazil endured an evening of frustration at the Copa América as they saw three goals disallowed in a 0-0 stalemate with Venezuela.

The eight-time winners had been looking for the three points needed to book their place in the quarter-finals at the Itaipava Arena Fonte Nova in Salvador but their fate will now go to the last Group A games.

In the other group match played today, Peru came from behind to beat Bolivia 3-1 and now join the Brazilians at the top of the standings on four points.

After cruising to a 3-0 victory over Bolivia in the opening match of the tournament, Brazil thought they were off and running again when Liverpool's Roberto Firmino netted on the turn in the 38th minute.

This was chalked off, however, after Chilean referee Julio Bascunan ruled that Mikel Villanueva had been fouled in the build-up.

Brazil had the ball in the net again on the hour mark when Manchester City striker Gabriel Jesus lashed home from close range but the Video Assistant Referee (VAR) declared that Firmino was offside during the move.

With four minutes left on the clock Barcelona's Philippe Coutinho smashed in another close range finish but VAR ruled that the ball had grazed Firmino, who was in an offside position, before hitting the net.

Both goals ruled out by VAR were only confirmed as disallowed after lengthy celebrations to raise more question marks about video technology disrupting the flow of the game.

Five-time world champions Brazil, who dominated possession and missed several other chances, were booed from the field at full-time.

Venezuela collected a second 0-0 draw in as many games following their opening clash with Peru and their fans sang "Viva el VAR" at the final whistle.

Bolivia also enjoyed good fortune with VAR as they were awarded a 28th minute penalty when the ball struck Carlos Zambrano's hands after Fernando Saucedo had fired at him from close range.

Marcelo Martins Moreno converted the spot kick at Rio De Janeiro's Maracanã but Peru were level in the last minute of the half after Paolo Guerrero rounded the keeper to score.

Guerrero then turned provider ten minutes after the break as he crossed for Jefferson Farfan to head home.

Edison Flores turned in a third on the counter-attack in stoppage time to seal Peru's first victory of the tournament.

Both Brazil and Peru, who play each other in the last round of group fixtures on Saturday (June 22), are now guaranteed at least third place which could be enough to qualify for the last eight.

The top two sides in all three groups and two third-place teams will progress.

Venezuela, on two points, will be hoping to gate-crash the top two when they meet a Bolivia side waiting to get off the mark in their final match.

Tomorrow's fixtures in Group B see Argentina looking to bounce back from their opening 2-0 defeat to Colombia against Paraguay in Belo Horizonte.

Colombia meet invited side Qatar, who will be hoping to build on their 2-2 draw with the Paraguayans in São Paulo.