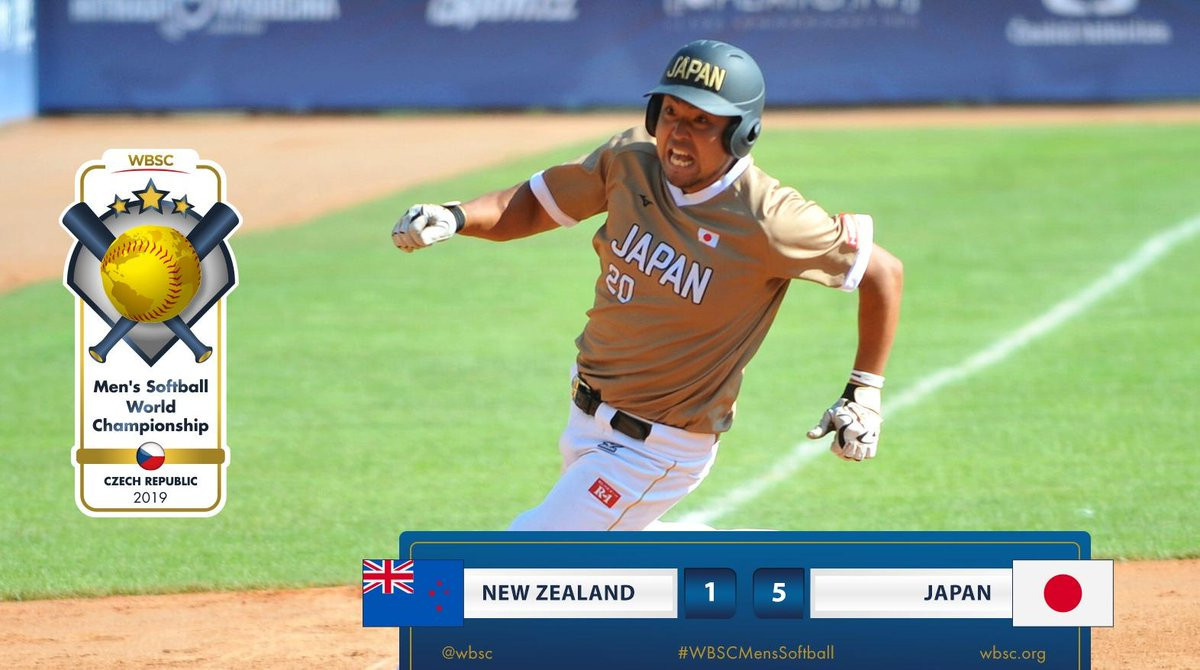 Japan made it five wins out of five in Group A with victory over defending champions New Zealand at the World Baseball Softball Confederation Men's Softball World Championship in Czech Republic.

The year 2000 runners-up and 1996 bronze medallists triumphed 5-1 at Hippos Arena in Havlíčkův Brod.

Among today's other winners in Group A were Argentina, who scored three runs in the first two innings of play to clinch an important 3-2 victory over Cuba.

The South Americans occupy second place with four wins out of five, while Cuba and New Zealand are tied for third on three wins each.

There were also Group A victories today for Mexico and hosts Czech Republic, who sit in fifth and sixth, respectively.

Mexico beat Botswana 5-3 before the Czechs defeated the Philippines 4-1.

In Group B, Canada extended to five matches their perfect start courtesy of a 2-1 win over Venezuela at Svoboda Ballpark in Prague.

A two-run homer by Jason Hill in the bottom of the second inning was all the Canadians needed to prevail in a key match in the fight for top spot in the standings.

Venezuela are now level on four victories and one loss with Australia, who thrashed winless South Africa 11-0 in six innings today.

The United States lie in fourth spot after thumping Singapore 7-0.

Denmark are fifth following their equally-comfortable 8-1 win over the Netherlands.

The penultimate day of group action is scheduled for tomorrow.