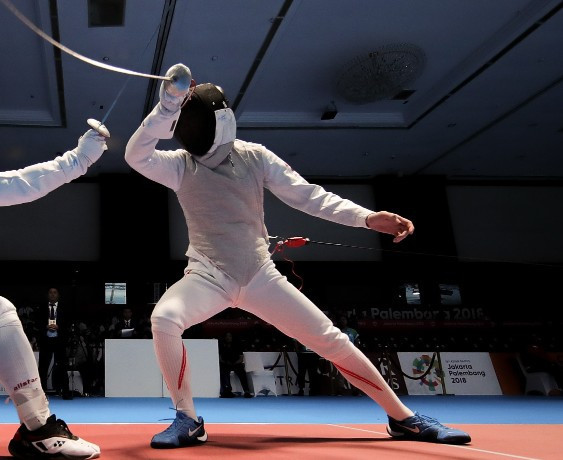 The trio of Takahiro Shikine, Kyosuke Matsuyama and Kenta Suzumura combined to edge China 45-43 in a closely contested final.

For Shikine it was a second gold medal of the event after he won the individual foil title at the Chiba Port Arena on day one.

China did lead 35-34 at one stage but their team of Haiwei Chen, Bin Wu and Mengkai Huwang came up short.

Chen won bronze in the individual competition so will leave Chiba with two medals.

Hong Kong then pipped the Koreans to bronze, 45-42.

In the women's team sabre, China went one better as they clinched the gold medals.

It meant Yoon could not produce another title to go alongside her gold medal from the individual event while Kim, the London 2012 Olympic champion, added to her solo bronze.