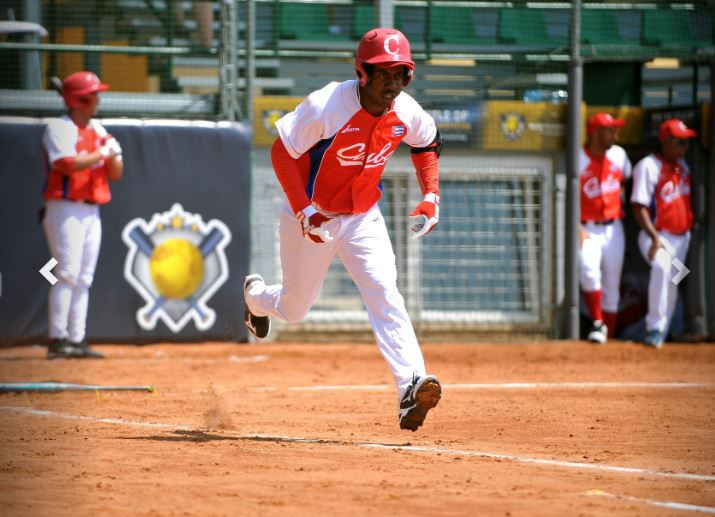 Reinier Vera and Yurisamdre Ramos homered as Cuba defeated the Philippines 11-2 in five innings to join New Zealand at the top of Group A on day two of the World Baseball Softball Confederation Men's Softball World Championship in Czech Republic.

Cuba jumped ahead in the second inning when Vera scored from a wild Leo Barredo pitch at Hippos Arena Havlíčkův Brod.

Luis Dominguez reached on an error by shortstop Jerome Bacarisas and walked home with a towering homer by third baseman Ramos.

Philippines scored their first run of the event in the top of the third, with a run batted in (RBI) single from Bacarisas.

Bacarisas found Denmark Bathan on second and plated him with a line drive to centre field.

In the bottom of the same third period, Yuri Rodriguez received reliever Marlon Pagkaliwagan with a single to right field and advanced to third on a wild pitch, then scored on a sacrifice fly to right field by Yesander Rodriguez.

The Philippines replied with a monster solo home run over the right-field fence from first baseman Ernesto Binarao.

Cuba's fourth inning explosion took the game beyond reach for the Philippines with a seven-run rally that included a two-run homer from Vera and an RBI triple by Yuri Rodriguez.

Argentina started their Group A campaign with an 8-0 victory against Botswana, while Japan won 2-1 against Mexico.

Venezuela won an intense pitching duel against South Africa to claim their first victory in Group B at Svoboda Ballpark in Prague.

Herwin Querales scored the only run of the game, while Erik Urbaneja pitched a complete game shutout in a 1-0 triumph.

South Africa's Tidima Kekana pitched a solid game but did not receive enough support from his offensive and was charged with the loss.

The 2017 runners-up, Australia, opened their account with a dominant 10-0 win against Singapore while Canada, ranked second in the world, breezed to a 7-0 triumph against Denmark.

The United States edged a low scoring match against the Netherlands 5-3.

The top four teams from each group will advance to the playoff round, due to take place on June 21.