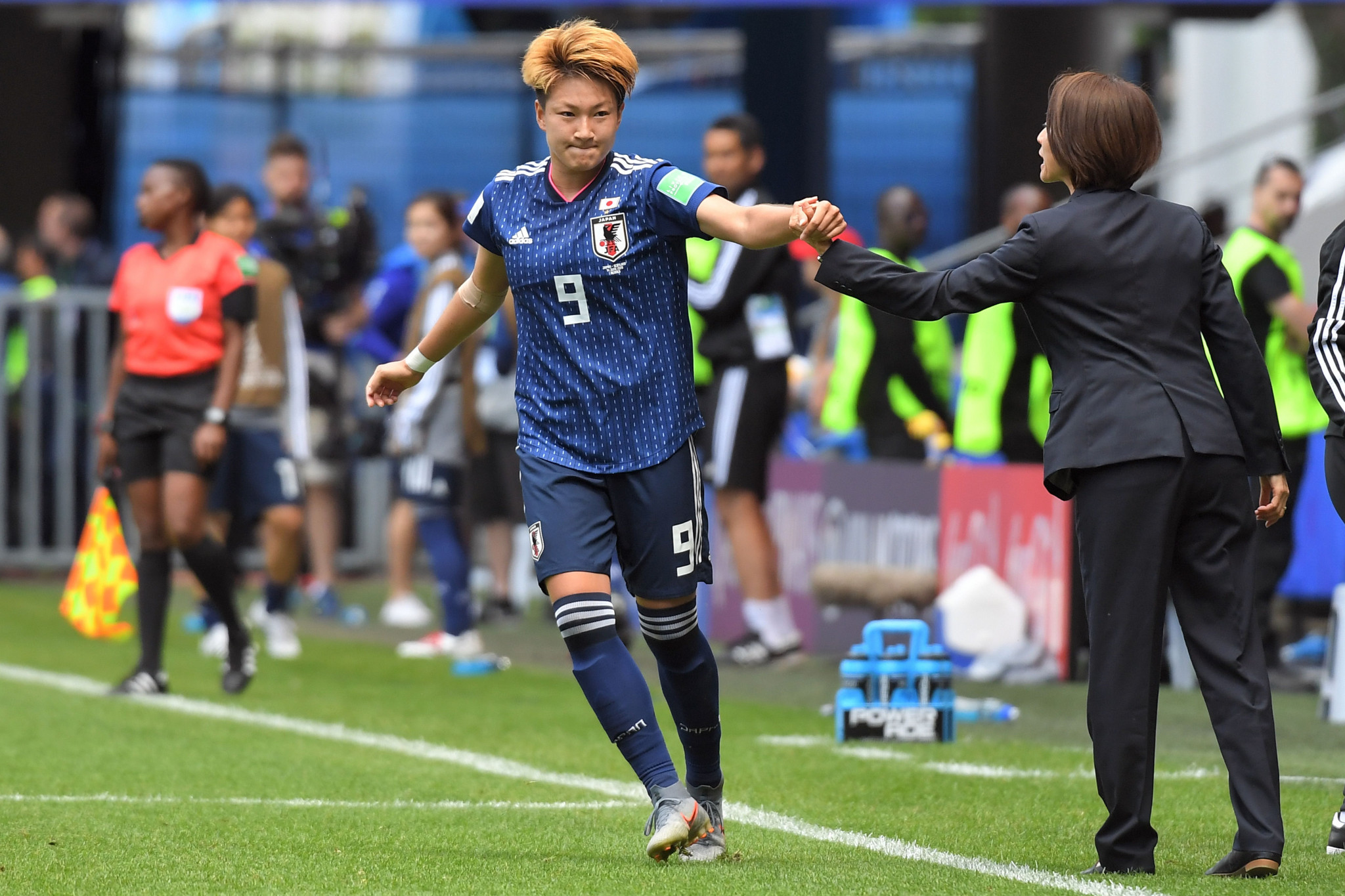 Japan survived a late fightback from Scotland to record their first victory of the 2019 FIFA Women's World Cup as England booked their place in the knockout stage in France.

Runners-up at the 2015 World Cup, the Japanese had been held to a 0-0 draw by unfancied Argentina in their first group match, but got back on track with a 2-1 victory at Roazhon Park in Rennes.

They doubled their lead after Rachel Corsie upended Yuika Sugasawa in the box, the latter slotting home the resultant penalty.

Lana Clelland gave Scotland hope when she pounced on Nana Ichise's lapse of concentration with three minutes to go.

Collecting the ball 20 yards out, she struck a superb effort beyond Japan goalkeeper Ayaka Yamashita which flew into the top-right corner.

Scotland could not find a leveller, though, and remain at the foot of Group D with two losses from two.

England progressed to the knockout stage by defeating Argentina 1-0 at Stade Océane in Le Havre.

Nikita Parris had a first-half penalty saved by Argentine keeper Vanina Correa after Alex Greenwood had been clipped by Ruth Bravo.

It did not prove a costly miss, though, as Jodie Taylor scored a crucial winner after 61 minutes.

England caught Argentina on the counter-attack and Beth Mead sent in a fizzing cross which Taylor tapped into an empty net.

Jill Scott headed over the top as England sought a second but the 1-0 victory was enough for the Lionesses to top the group.

The Italians had stunned Australia with a stoppage-time winner earlier in the week and followed that up with a thumping 5-0 victory at Stade Auguste-Delaunein Reims.

It was the third hat-trick of the tournament as Girelli put herself in contention for the Golden Boot.

Italy took the lead in controversial circumstances after Jamaica's Allyson Swaby was deemed to have fouled Barbara Bonansea and a penalty was awarded, following the intervention of the Video Assistant Referee (VAR).

Girelli's spot-kick was saved by Sydney Schneider but following a VAR review, it was ruled that the Jamaican goalkeeper had moved off her line and a retake was ordered.

At the second attempt, Girelli made no mistake and sent Schneider the wrong way.

She doubled the lead thanks to a stroke of luck when a Manuela Giugliano corner bounced off her hip and into the net.

Girelli completed her hat-trick a minute after the restart when she nodded home a looping cross from Giugliano.

A late brace from Aurori Galli put the icing on the cake for the Italians, who moved top of the group with six points.