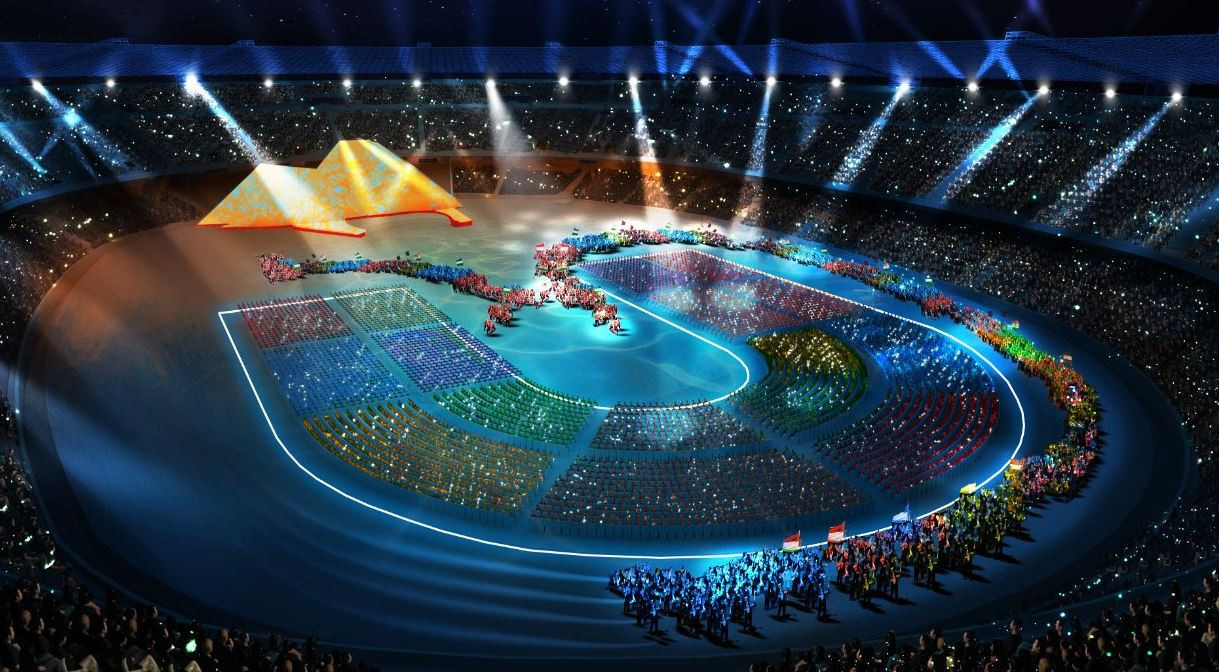 Italian culture will dominate the Opening Ceremony of the 2019 Summer Universiade on July 3 as San Paolo Stadium in Naples is transformed to welcome more than 8,000 athletes.

Balich Worldwide Shows, who have produced more than 20 Olympic Ceremonies, have put together the showpiece event with an emphasis on Naples and the Campania region, with more than 1,500 performers taking part.

Creator director Marco Balich oversaw the Opening Ceremony for the 2006 Winter Olympics in Turin and is excited by the prospect of a return to Italy.

"After Turin, it is with great joy that I will create a new Ceremony in Italy," he said.

"I hope I will contribute to emphasise Naples and Campania as they deserve, trying to narrate high hopes and memorable figures full of contemporary emotions.

"We want to leave unforgettable memories."

Artistic director Lidia Castelli has conceived the mise-en-scène starting from the letter "U" of the Universiade logo, which represents a hug with two arms extended towards the 8,000 athletes expected to compete in Campania.

Apnea depth world champion Mariafelicia Carraturo will perform as the enchanting mermaid "Partenope", mascot of the Games, bringing the sea to invade the San Paolo field.

Neapolitan Carraturo said: "At the Opening Ceremony of the Universiade I have the honour of representing the siren Partenope, which, as the legend says, gave birth to my city.

"I am very proud to be able to send a strong message to young people.

"They must go on pursuing their dreams without being overcome by adversity.”

Following Carraturo's performance, the stage will then turn into a hyper-technological postcard, with a three-dimensional Vesuvius for the tribute segments to athletes from all over the world.

The famous fresco of the “Paestum’s diver” will represent the union between past and present, sport and culture.

Italian X Factor winner Anastasio’s music will also light the "fire of knowledge" as the 21-year-old Neapolitan student will echo the voice of the new generations, while hundreds of judoka from Gianni Maddaloni’s sports centre in Scampia will illustrate the Universiade's 18 sports disciplines.

Tickets for the Opening Ceremony can be bought here.