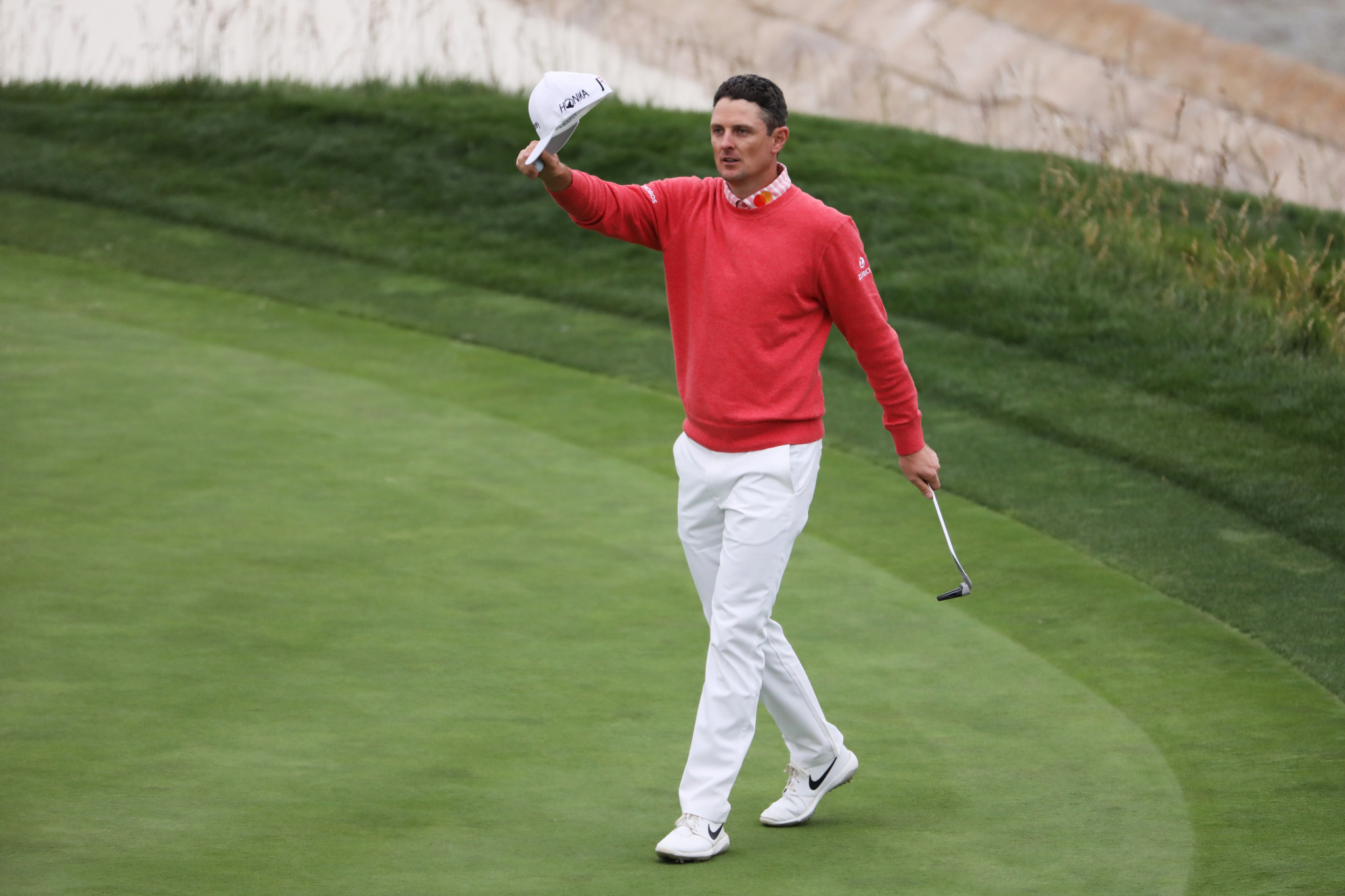 England's Justin Rose birdied his final three holes as he carded a six-under-par 65 to lead the US Open Golf Championship at Pebble Beach Golf Links, California.

Grey skies loomed large over the course but it did not affect the leaderboard as 39 golfers bettered par, matching the second-most in Championship history.

South African Rory Sabbatini registered the first hole-in-one at the event since 2014 when he bounced in a 202-yard drive with a five iron on the 12th.

Rose's 65 matched American Tiger Woods' opening round from 2000, when the former world number one went on to win by a record 15 strokes

The Englishman is hoping it is a good omen after registering an eagle and five birdies, while dropping just one shot, a bogey on the par-four eighth.

"I guess the round was going nicely," said Rose, whose only 2019 win came at the Farmers Insurance Open at Torrey Pines Golf Course in Southern California.

"I was three under par, had a rough patch, had to scramble, work hard and keep my round together.

"Even when I made a mistake, I was willing to accept."

Rose has a one-shot lead over South Africa's Louis Oosthuizen and American pair Rickie Fowler and Xander Schauffele, who shot rounds of 66.

While Rose and Oosthuizen are the only players with a major title among the top five, Fowler is widely considered one of the best players without one.

The Southern California native won The Players Championship in 2015 and ended a two-year drought in February in claiming the Waste Management Phoenix Open.

United States golfers Scott Piercy and Nathan Lashley, a sectional qualifier, are a further stroke behind on four under.

The 2011 US Open champion, Northern Ireland's Rory McIlroy, was joined by Swede Henrik Stenson and Italy's Francesco Molinari in carding 68 for the first 18 holes.