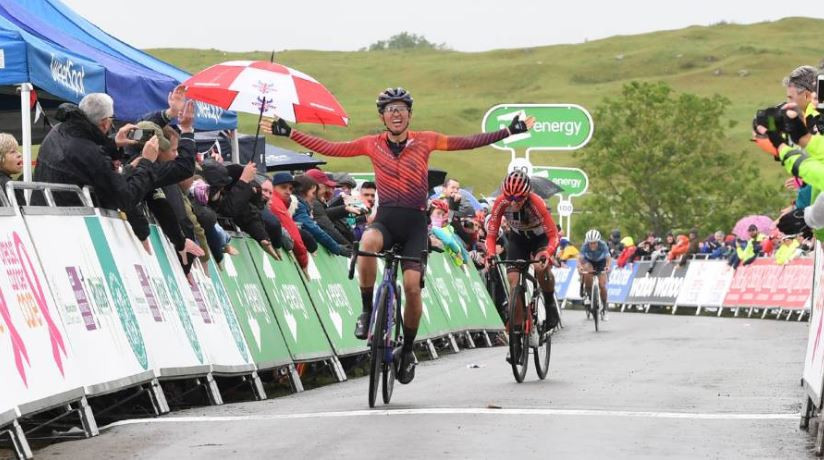 The Polish rider, who won the race in 2017, outsprinted German Liane Lippert of Team Sunweb to win the Tour's first hilltop finish at Burton Dassett Country Park in Warwickshire.

Although finishing in the same time, it was German Lippert who takes over the race lead from WNT-Rotor Pro Cycling rider Lisa Brennauer, after gaining 11 seconds on her compatriot.

Becker was the first to lose contact from the front on the day’s second SKODA Queen of the Mountains climb with Markus and Roy being caught before the second passage of the finish line at Burton Dassett.

Roy’s efforts earned her the Wahooligan Combativity Award but it was Niewiadoma and Lippert who made the crucial break of the stage.

The duo broke away from the peleton with Trek-Segafredo rider Elisa Longo Borghino of Italy, on the first of three ascents and they remained clear of the pack.

A delighted Niewiadoma, had targeted stage victory from an initial look at the stage plans.

She said: "Once I saw all the stage details, I knew this one was for me.

"I really like this kind of climb – short, punchy.

"Hills where I can really make an advantage over the others.

"I knew I needed to be there and have a great position at the bottom of the climb and then see what happens."

With two stages to go and Niewiadoma sharing an equal time – both riders on 13hours 47.56mins – the battle for the green jersey will go to the wire.

Niewiadoma's victory moves her to within a point of Boels Dolmans rider Christine Majerus of Luxembourg in the SKODA Queen of the Mountains jersey.