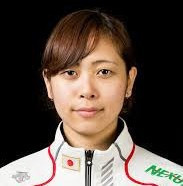 Komaki Kikuchi will be aiming for another Asian Fencing Championships title in the women's individual foil, this time in front of her home support in Japan.

Kikuchi was the only Japanese athlete to triumph at last year's Championships and will hope to be roared on by the crowd at Chiba Port Arena in her bid for a second gold medal.

A number of other reigning champions are set to compete.

South Korea's London 2012 Olympic champion Kim Ji-yeon is defending her title in the women's sabre, while Vivian Kong returns to fight in the women's épée.

Kong's compatriot Siu Lun Cheung is participating in the men's foil, but will be challenged by team mate Ka Long Cheung.

In the men's sabre, Gu Bon-gil is likely to battle higher-ranked fellow South Korean Oh Sang-uk to retain his title.

The competition begins tomorrow with the men's foil and women's sabre.

Men and women's team events in the sabre, foil and epee will then be held on the final three days of the event, which concludes on Tuesday (June 18).