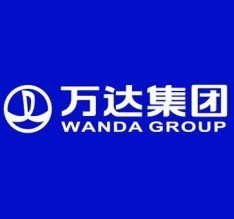 Chinese conglomerate Dalian Wanda Group has listed its sports media and events unit on the American stock exchange in a move that could raise the corporate giant up to $500 million (£400 million/€450 million).

Wanda Sports Group has been listed on Nasdaq with an eye on raising funds and awareness ahead of the 2022 Winter Olympic and Paralympic Games in Beijing, and to aid coverage of the event with a growing interest in China.

The business prospective revealed they would also cooperate with "Government investments and initiatives"in the build-up to Beijing 2022 - most likely driven by Chinese President Xi Jinping, an avid football and basketball fan.

Proceeds from Wanda Sports' US listing will also go toward debt repayment, according to its prospectus.

Like many Chinese conglomerates, Wanda was on a buying spree until a couple of years ago.

Wanda is a growing name in global sport as it generates revenues from events and rights, including the naming rights of Atletico Madrid's Wanda Metropolitano stadium, which hosted the 2019 UEFA Champions League final.

Over 95 per cent of the sports unit's revenue in 2018 came from outside China, a work report posted on Wanda's website this January said.

As a result, Wanda Sports' prospectus claimed the unit intends to grow its presence in the Chinese sports media and events market by the time of Beijing 2022.