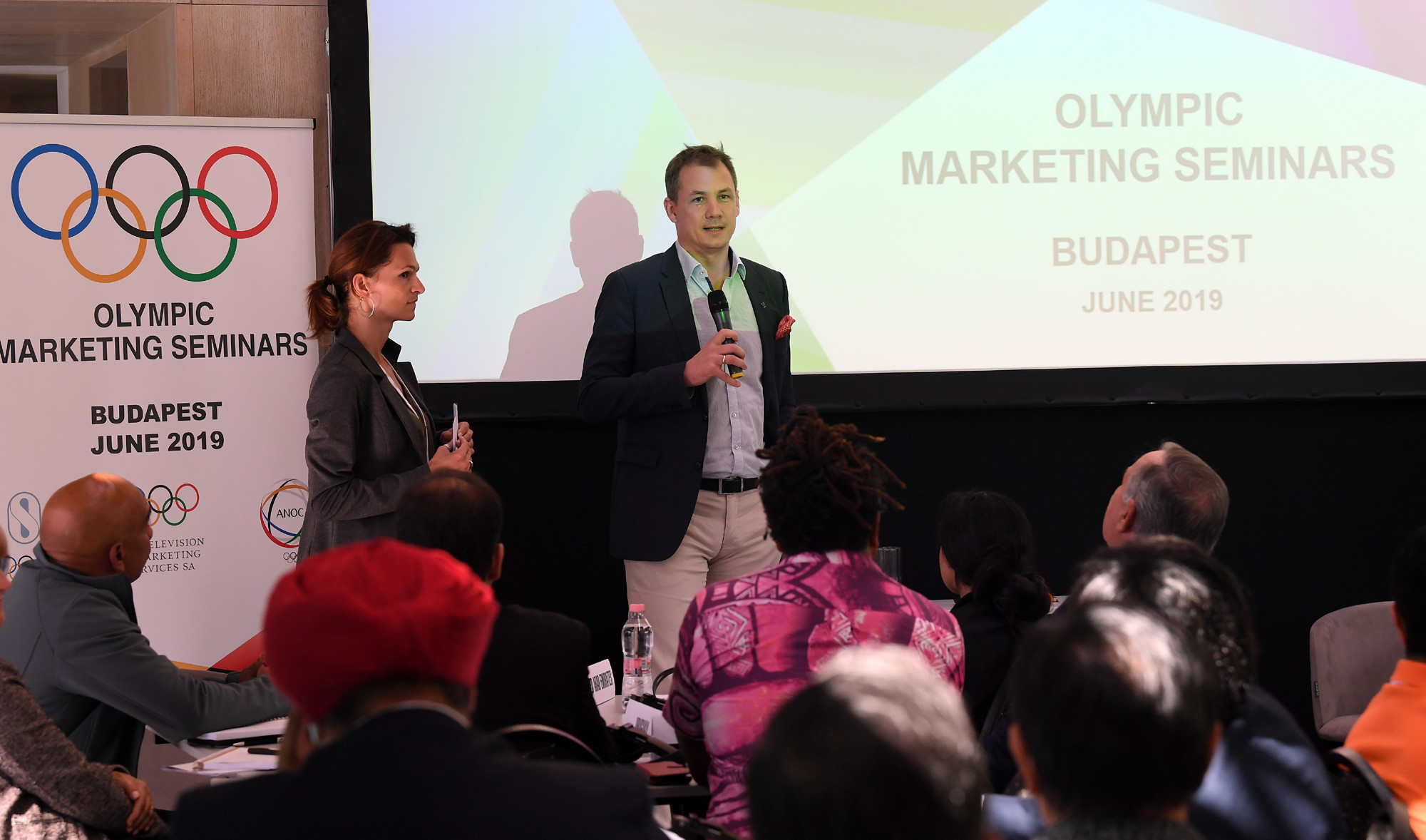 IOC marketing training manager Natascha Trittis presented an insight into the role of the marketing team and praised the arduousness of National Olympic Committees (NOCs) in making contact with the partners.

Representatives from 64 NOCs attended the three-day seminar organised in collaboration with the IOC's marketing team and the Association of National Olympic Committees (ANOC).

MOB President Krisztián Kulcsár expressed his thanks to the IOC for presenting the seminar in Budapest.

"We can say that Hungary is really active in organising sports events," he said.

"My colleagues recently attended a marketing seminar in Tokyo because we noticed how important it is to increase our knowledge in marketing.

"Our of our main goals is to build our brand and to serve our sponsors and partners at a high level.

"Cooperating with the Olympic Channel is a great chance for us to reach this target."

Vékássy underlined how the Hungarians do not have an easily identifiable Olympic symbol within their Olympic logos, which made marketing more challenging.

"The MOB is not in as comfortable a situation as some other countries, like the French with their cock or the United Kingdom with the lion," Vékássy, a two-times world junior champion in kayaking, said.

"Or I could mention the orange colour of the Netherlands as well.

"These symbols clearly represent these nations.

"It means that we have to work that much harder to make the Olympic Team Hungary easily identifiable."

The Budapest event was the first of three Olympic Marketing Seminars planned in 2019.