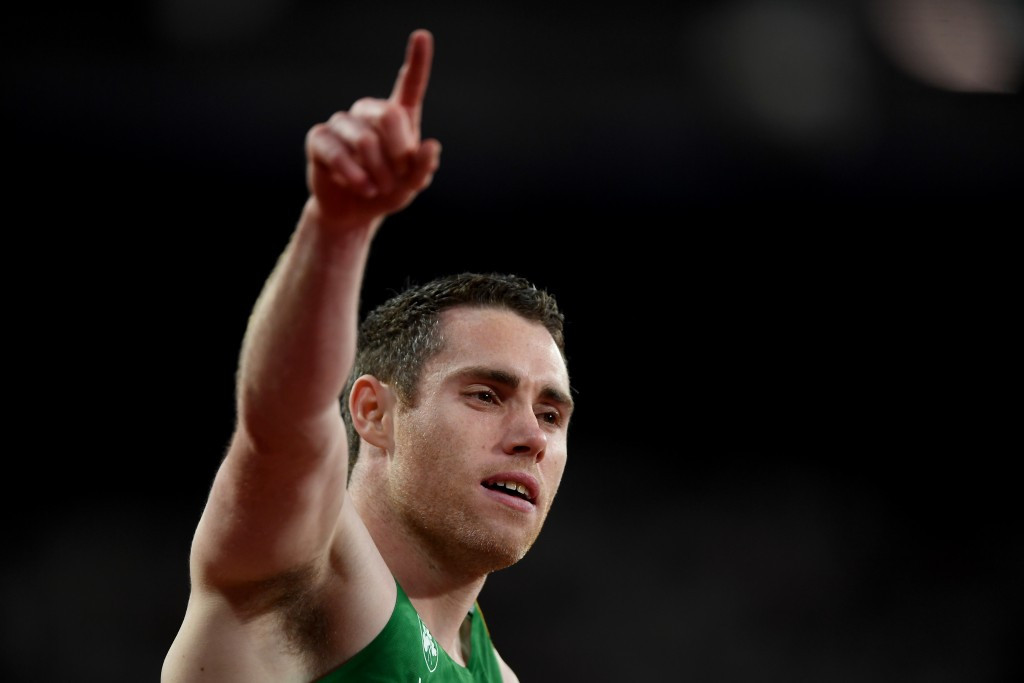 Jason Smyth, viewed as the main draw of this weekend's World Para Athletics Grand Prix in Grosseto, was forced to pull out at the last minute with an injury.

Ireland's multiple Paralympic and world champion did not race in the T13 100m and Axel Zorzi of France took advantage of his absence to triumph in 11.43 seconds.

Smyth wrote on Twitter: "Unfortunately no racing for me today.

"Picked up a little back niggle yesterday.

"Not the time for me to be rolling the dice."

There was top-class action elsewhere on Saturday in Italy, including in the T11 100m, for Para athletes who compete with a guide.

Paralympic champion David Brown beat US team mate Lex Gillette with a time of 11.31, a gap of 0.8 seconds.

Rio 2016 T47 100m and 200m gold medallist Deja Young saw off France's Angela Lanza, a 12.11 sprint from the American too much for the triple European champion.

South African world silver medallist Ndodomzi Ntutu, however, was stunned in the T12 100m as he was beaten by Elmir Jabrayilov of Azerbaijan by just 0.03 seconds – 11.19 to 11.22.

Unfortunately no racing for me today. Picked up a little back niggle yesterday. Not the time for me to be rolling the dice. Onto the next one.

The women's T13 100m saw the world numbers one and two go head to head in the US’s Kym Crosby and South Africa’s Johanna Pretorius.

Crosby bested her rival by half a second, winning in a time of 12.38.

In the shot put F11-13, Italy's veteran thrower Assunta Legnante, eying gold at Tokyo 2020 in shot and discus, won in the former event after recovering from three non-throws in his first four efforts.

The 41-year-old eventually threw 15.15 on her fifth attempt to edge out Russia's Sofia Oksem.

Britain's Kyron Duke won the F41 shot put with a distance of 13.17m, but could not match Niko Kappel's world record of 14.11m set last week.