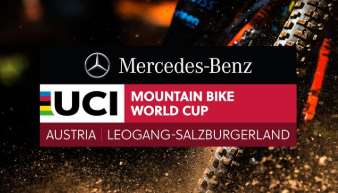 The event at Bikepark Leogang comes hot on the heels of last weekend's stop in the Scottish town of Fort William, where world champion Rachel Atherton of Great Britain defied tough conditions to claim victory in the women's race and France's Amaury Pierron triumphed in the men's equivalent.

Atherton and Pierron were also victorious at last year's edition of the Leogang event.

It was Atherton's third triumph and Pierron's first.

He is 20 points clear of nearest challenger Pierron, whose fellow Frenchman Loic Bruni is third with 301.

She is followed by Australia's Tracey Hannah, who had to settle for second place in Fort William, on 400 points, while France's Marine Cabirou is third on 290.