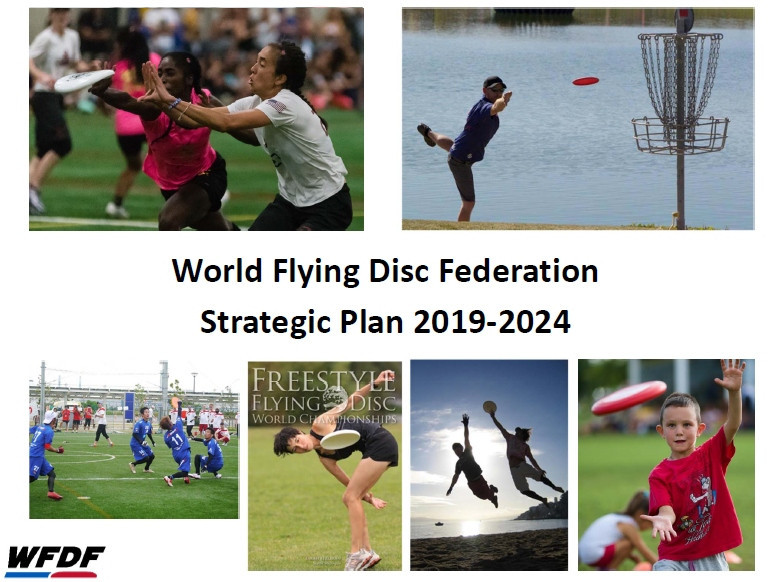 Inclusion in the Olympic programme remains a key focus for the World Flying Disc Federation (WFDF)  as they outlined their plans for the next six years.

Flying disc was overlooked for inclusion at Paris 2024 but the WFDF board of Directors reaffirmed a commitment to being included in the Olympic Games as they approved the Federation's strategic plans for 2019-2024.

The goals for WFDF demonstrate a focus to promoting the frisbee lifestyle and supporting member associations in promoting youth development, they claim.

WFDF are also aiming to reach a wider audience by increasing the entertainment value of disc sports competitions.

It hopes to build upon its inclusion at multi-sports events such as the World Urban Games, due to make its debut in Budapest in September.

WFDF President Robert Rauch claimed the strategic plan would guide the WFDF Board and offficers in their decisions in the next few years.

"We see it as a document that will help us make explicit decisions about our activities, programme investments, and priorities based on strategic considerations within the context of our limited resources," he said.

"At a stage where the IOC (International Olympic Committee) has fully supported the Olympic Agenda 2020 proposals, we feel prepared for the tasks and challenges derived from these decisions.”

Rauch added: "Our current plan for the period 2019-20124 spells out our vision and values, our core strategies, and the tactics for achieving them, with the goal of building upon the progress made since 2015 when our previous plan was published.

"We maintained the underlying message of encouraging disc sports as a lifetime pastime and a lifestyle while also seeking to further develop and grow disc sports at an elite level."

Showcasing the spirit of the game and ensuring the well-being of athletes, including the encouragement of gender equality and diversity, were also high on the agenda for WFDF, as well as optimising organisational effectiveness and efficiency.

For each of the strategies outlined, deadlines will be put in place alongside a number of tactics to assist achievement of the WFDF objectives.

WFDF is setl present its plan to its Member National Federations at its next Congress, due to be held in conjunction with the WFDF 2019 World Team Disc Golf Championships on August 25 in Alutaguse, Ida-Virumaa in Estonia.

As a result it's strategic plan for 2015-2018, the membership of WFDF grew from 56 to 84 countries and saw a significant expansion of the organisation's financial resources and visibility, they claim.