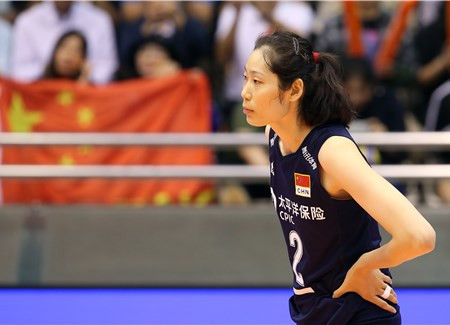 Turkey and Italy regrouped at the top of the round robin table in the International Volleyball Federation (FIVB) Women's Nations League after further wins in the third of five weeks of preliminary rounds.

Turkey earned a 3-0 victory over Bulgaria in their second Pool 11 game at Indoor Stadium Huamark in Bangkok.

Both teams now have a 7-1 win record along with defending champions the United States, who defeated Germany 3-0 in their second Pool 10 match at the Pinnacle Bank Arena in Lincoln.

Today's other Pool 10 game saw Brazil overcome South Korea 3-0 as they successfully bounced back from their 3-2 loss against Germany yesterday.

China beat the Netherlands 3-0 in today’s other Pool 9 game to stay in fourth place overall.

The Olympic champions were inspired by Zhu Ting, who finished top scorer with 18 points.

In the other Pool 11 match, the Dominican Republic beat Thailand 3-2.

In the first match of the day in Pool 12, being played at the Lange Munte in Kortrijk, Belgium, world champions Serbia continued their revival after an indifferent start to these Championships as they earned their second win of week three, beating Russia 3-1.