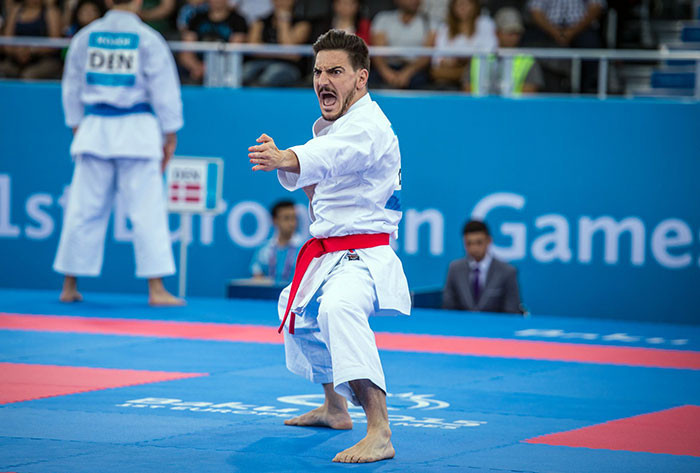 The 2nd European Games, due to be held in Minsk from June 21 to 30, will be the first multi-sport event to feature karate’s new kata rules.

After being unveiled by the World Karate Federation (WKF) at the start of this year, the new regulations have produced a major shift in the category of choreographed movements.

Aiming to streamline the kata competition, the WKF introduced a modernised judging system for the category.

The traditional decision-taking protocol by flags was replaced by a point-allocation system.

Additionally, a new distribution of the competition was implemented.

As a result of the new rules, a panel formed by seven judges now evaluates performances, with scores being given according to the technical and athletic presentation of the katas.

Competitors are divided into pools, and the two karatekas with the highest scores in the final pool move to the final.

The new rules came into force on January 1 and have been applied in every major karate event this year, including Karate 1-Premier League tournaments as well as the continental Championships.

Now, as karate progresses towards its Olympic debut at Tokyo 2020, the development of the sport will be once again be showcased at the imminent European Games.

The karate competition at the European Games will be held from June 29 to 30 and will feature eight karatekas per category in the kata, which is scheduled for the first day.

The list of competitors in male kata is headed by Spain’s defending European Games champion Damian Quintero, with European Championships runner-up Ali Sofuoglu of Turkey second in the Minsk 2019 standings.

Italy’s European silver medallist Viviana Bottaro and France’s Alexandra Feracci are next in the rankings.