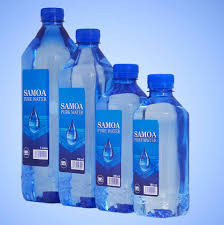 Director of sponsorship Tagaloa Faafouina Su’a, confirmed Samoa Pure Water have signed an agreement to become a silver sponsor of the Games due to take place between July 7 and 20.

Samoa Pure Water, based in the town of Vaitele on the north coast of the island, will provide water to athletes and officials at the multi-sport event.

It was also confirmed that Samoa Pure Water has signed up to support the "Greening of the Games" initiative, aimed to reduce the amount of single-use plastic being used for the Games.

"I’d like to convey a huge Fa’afetai tele lava and thank you to Samoa Pure Water for their sponsorship," Tagaloa said.

"We wouldn’t be able to stage these Games without the support of our people, government, stakeholders and partners, so thank you once again Samoa Pure Water for your generous support."

Tusa Victor Vaai, chairman of Samoa Pure Water, added: "We are happy to be working in partnership with the Pacific Games Office.

"We are even more excited because we will be able to give back to the people of Samoa and get the rare chance to promote our products and Samoa to our visitors in July."