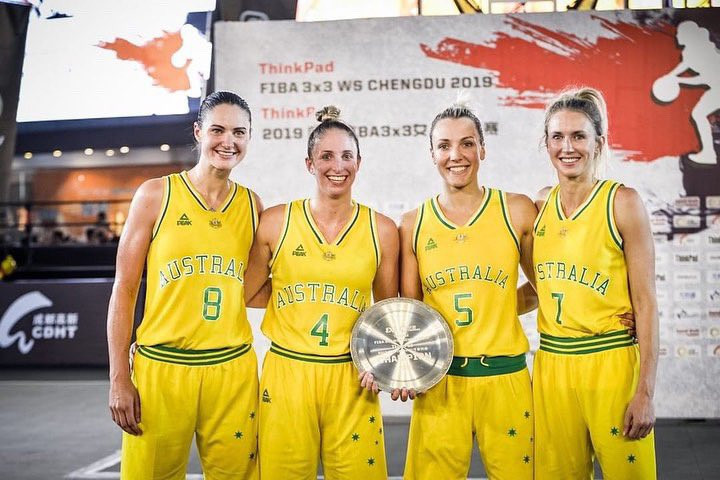 Australia were the winner on the first stop of the inaugural International Basketball Federation (FIBA) 3x3 Women's Series in Chengdu.

The winning side went into the tournament as favourites, having recently finished undefeated at the FIBA 3x3 World Cup Qualifier in Puerto Rico and the FIBA 3x3 Asia Cup in Changsha.

Australia had dominated throughout the pool stage at New Century Global Center Wuhou Qu, thrashing Mongolia 21-9 before defeating the United States 18-14 and France 19-16.

They then edged past The Netherlands 12-10 in the semi-finals before beating Japan 21-15 in the gold-medal match.

The victory in the final was Australia's 12th successive international win.

Alice Kunek was named the competition's most valuable player, having scored 46 points throughout for Australia.

Eight teams participated in the first ever Women's Series event, with  a further eight to 12 tournaments set to take place before September.

Turin has been confirmed as the host of the next event on June 14 and 15, while Yekaterinburg in Russia is due to hold the third competition of the Series on July 9 and 10.

The tournaments will increase opportunities to compete before 3x3 basketball makes it debut on the Olympic programme in Tokyo next year.

"Similar to what FIBA achieved in basketball with the new women’s national team competition system, the tremendous growth of the 3x3 basketball discipline now allows us to offer women a chance to play 3x3 at the highest level on a regular basis.

"This will represent a unique opportunity to bring new countries on the focus as well as for the best players to prepare and offer an amazing show at the Tokyo 2020 Olympic Games."