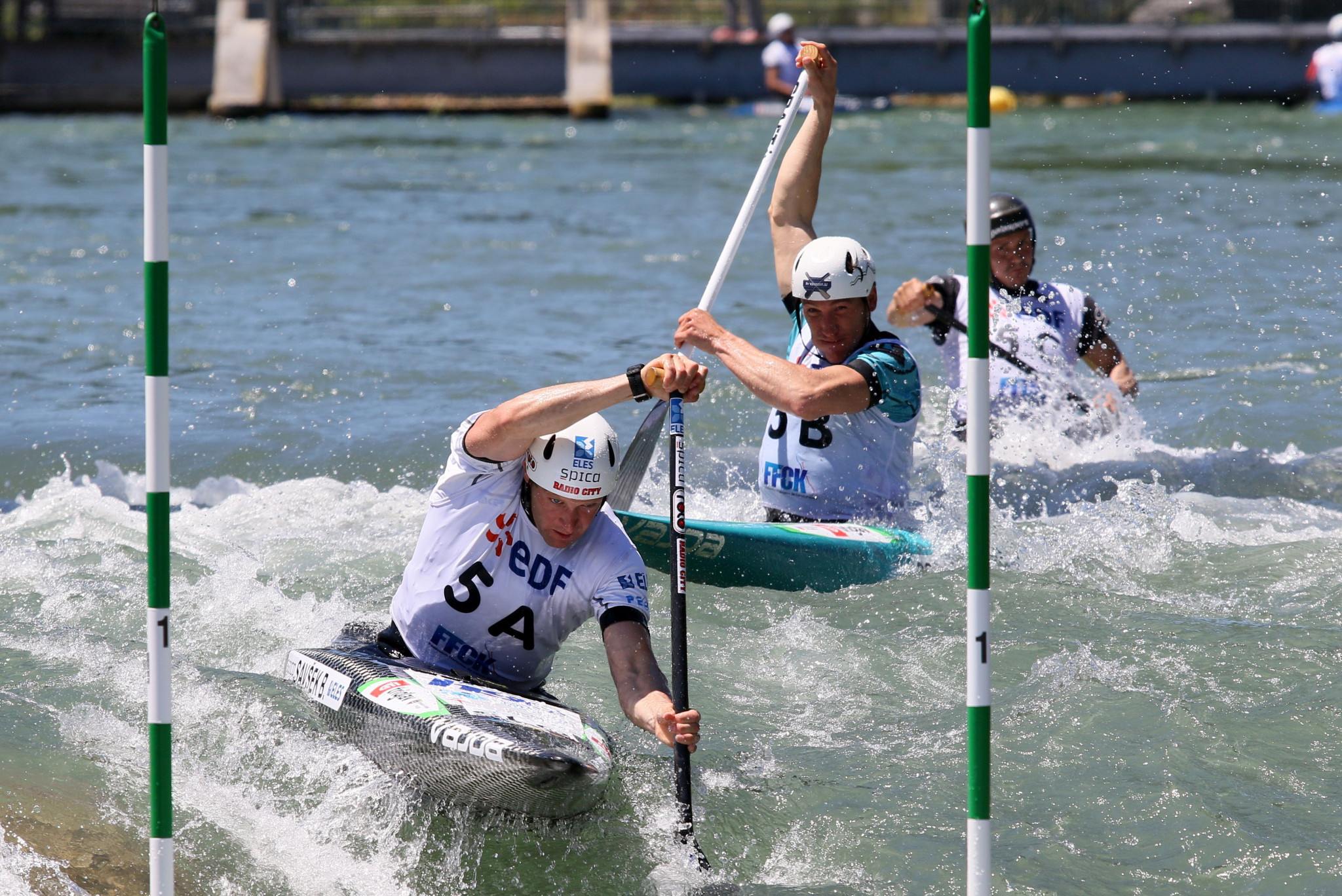 Slovenians Benjamin Savšek, Anže Berčič and Luka Božič took a step to the top of the podium as the first medals were awarded at the European Canoe Association European Canoe Slalom Championships in Pau, France.

The trio collected silver medals at the 2017 championships in Tacen, Slovenia, but dominated the men's team canoe event in the south of France to add gold to their collection.

In an gripping race, Savšek, Berčič and Božič were only 0.16 seconds faster than the second-placed French team of Denis Gargaud Chanut, Martin Thomas and Cedric Joly.

They were 0.29 seconds faster than the second-placed German team of Elena Apel, Jasmin Schornberg and Andrea Herzog.

After the race, Woods could not hide her delight.

She said: "I am just happy we managed to keep it together as a team.

"I got some penalties I was worried about. I am really happy."

Earlier in the day, Woods recorded the fastest time in the women's canoe heats, ahead of Spain's Nuria Vilarrubla and German Herzog.

Tomorrow the championships continue with semi-finals and finals in women's kayak and men's canoe events.